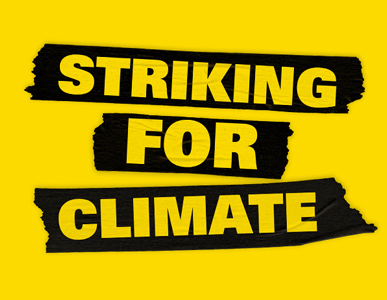 While our team in London is getting ready for the Global Climate Strike (#GlobalClimateStrike) on Friday, we are also supporting teams working hard to increase access to solar-powered light and electricity across rural Africa.

Access to electricity is critical for modern societies to develop and build stronger, more resilient economies which are able to withstand the impacts of climate change.

This year alone, we are seeing first-hand, the devastation that comes with our changing climate. We’re not talking about the Cauliflower shortages in the UK, which you may or may not have noticed, caused by the summer’s extreme weather.  We’re not even talking about the wildfires that have been raging across the Arctic this summer, creating smoke clouds as large as the EU, which we should all be, frankly, terrified about.

We’re talking about the people and communities we work with at SolarAid. Cyclone Idai hit Mozambique and Zimbabwe and caused life-changing floods across Malawi, displacing tens of thousands of people. We say life-changing, as much of Malawi’s economy is based around smallholder farming. People live from harvest to harvest, from year to year, with most dependent on a single annual rainy season. These floods not only wiped out homes and communities, they also wiped out harvests, livelihoods and whole economies. Recovery takes time and money with communities needing new homes to live in and agricultural tools and inputs to start the rebuild. 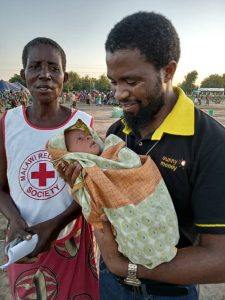 Across the border in Zambia, meanwhile, the southern and western parts of the country are experiencing the worst drought since records began. It doesn’t stop there – Northern and Eastern Zambia have been affected by flash floods and waterlogging, resulting in poor harvests.  As for the rest of the country, low waters in the Kariba Dam, which generates much of Zambia’s electricity, also means that nationwide rolling blackouts are ongoing across urban areas. These are currently set to run until the end of the year and electricity prices are expected to almost double for those who do have access.

These are realities of climate change, which make everyday life even more difficult than it already is, hitting those who did not create this situation, the hardest.

Economies cannot compete without reliable access to electricity. Parents and schools struggle to offer their children the opportunities they deserve. Hospitals and clinics cannot perform to their highest standards if the power goes out. Yet an estimated, staggering, 3 out of every 4 health facilities across sub-Saharan Africa do not have access to reliable power. Is it any wonder that many seek to migrate elsewhere in search of opportunity?

These are just a few examples of why the climate strikes are so important and why we have to urgently take more action. Our role at SolarAid is to create a world where everyone has access to clean renewable energy. Without universal access to electricity, the world will fail to achieve the Sustainable Development Goals by 2030. 600 million people are forecast to be without electricity by 2030. It’s not rocket science. Modern society knows how to connect people to electricity. Solar power has a vital role to play in achieving this. Yet we are failing as a global society to prioritise this issue.

We cannot go on thinking that these are other peoples’ problems in other places. We cannot go on behaving as if the resources of our unique little planet are finite.

As Greta Thunberg rightly says, ‘Our house is on fire.’ We need to act like it. That is why our team will be marching in London this Friday. We urge all our supporters to march too.

The millions of people impacted across Malawi and Zambia, across Mozambique, Zimbabwe and countless other countries are suffering because of our actions. As one official from Zomba in Malawi points out in a recent article in The Economist:

‘There is so much hypocrisy around climate. Donor countries give us money to plant some trees, but they keep polluting.’