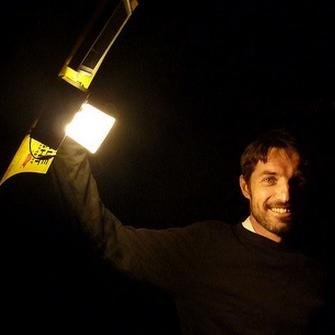 SolarAid are happy to announce we will have a new CEO from the beginning of September 2017. John Keane, who currently works for GOGLA, is no stranger to solar development, or SolarAid, having worked in the industry for many years and in numerous roles, including acting CEO and as Development Director of SunnyMoney.

Having lived in rural Tanzania in 2000-1 and seeing how badly solar lighting was needed, John went on to set up and lead a range of pico-solar projects across east and west Africa between 2004 and 2007.  Following this, John joined SolarAid and played an instrumental role building and establishing the organisation across east and southern Africa as its Head of Programmes between 2007 and 2011. In 2011, John became the Managing Director (and later Global Development Director and acting CEO in 2015) at SunnyMoney, responsible for leading and rapidly scaling sales and operations across Africa as well as the development of new business models.

John shared much of the experience he has gained working at the forefront of the sector in his well received book ‘Pico-Solar Electric Systems: The Earthscan Expert Guide to the Technology and Emerging Market’.

“In the 21st century, more than 135 years after the invention of the light bulb, I believe it’s absolutely unacceptable that almost 600 million people across Africa, and over 1.2 billion people worldwide, live without access to electricity, relying on kerosene lights and candles for rudimentary levels of light. I’m therefore very proud to be rejoining SolarAid and look forward to working with the teams and also growing our supporter base so that we can light up Africa as soon as possible.”

SolarAid are proud to be welcoming John back and look forward to working with him to eradicate the kerosene lamp from Africa.

Founder and Chair Jeremy Leggett has been acting CEO since former CEO Nick Sireau stepped down in December 2016. Jeremy said:

“John Keane is regarded by many as the single most knowledgeable and skilled player on the front lines of the global solar lighting industry, and it has been my privilege to have worked with him since he became SolarAid’s second employee more than a decade ago. To say that I am thrilled he is returning to us as the new leader of the organisation is an understatement. Neither of us underestimates the challenges that SolarAid faces, in parallel with the huge opportunities. But I am confident we can break new ground as a CEO-Chair duo, given our complementary experience bases and long comradeship. Together with the excellent teams that John will lead in London, Malawi, Uganda and Zambia, we will be dedicated to seeing off challenges while maximising opportunities.”

“At SolarAid and SunnyMoney we pride ourselves on our cost control, but having John’s oversight in the African countries where we operate will help to tighten our operations and financial strategy to ensure every penny of our donors contributions works as hard as possible to help achieve our mission.”