Malawi has again had to temporarily close schools as a consequence of the rapid spread of the COVID-19 virus and with the highly contagious South African strain now prevalent in the country. The implications of yet another school closure are dire and hitting the most marginalised children hardest. The schools are places to learn, but they also provide nutrition, mental health and psychosocial support, as well as health and hygiene services. School attendance has also proved to reduce the risk of violence and early pregnancy.

As children in Malawi returned to classes on 12th October after the first school closure, a dramatic increase of teenage pregnancies and child marriages had already been registered.

“Schools were closed for not less than seven months in the first wave of COVID, and registered unprecedented numbers of teenage pregnancies in excess of 40,000. And that’s why we are saying ‘Could there be a mechanism of mitigating and containing the virus while the schools are still in sessions?’” said Benedicto Kondowe, Executive Director for the Civil Society Education Coalition.

The Ministry of Education (MoE) has tried to find ways of alleviating the hardest hitting consequences of school closures through developing self-study materials and radio lessons. However, in a country where only 4% of the rural population has access to electricity, there is a significant lack of radios and electronic devices in homes. Many children have not been able to attend school and are rapidly falling behind.

As a reaction to the school closures, Chembera Teacher’s Development Centre (TDC) in the Balaka district, Southern Malawi, put together a response plan aiming to support some of their most vulnerable students. Through distributing solar powered radios, their studies could continue despite the prevalence of energy poverty in the region and the new challenges brought on by COVID-19. 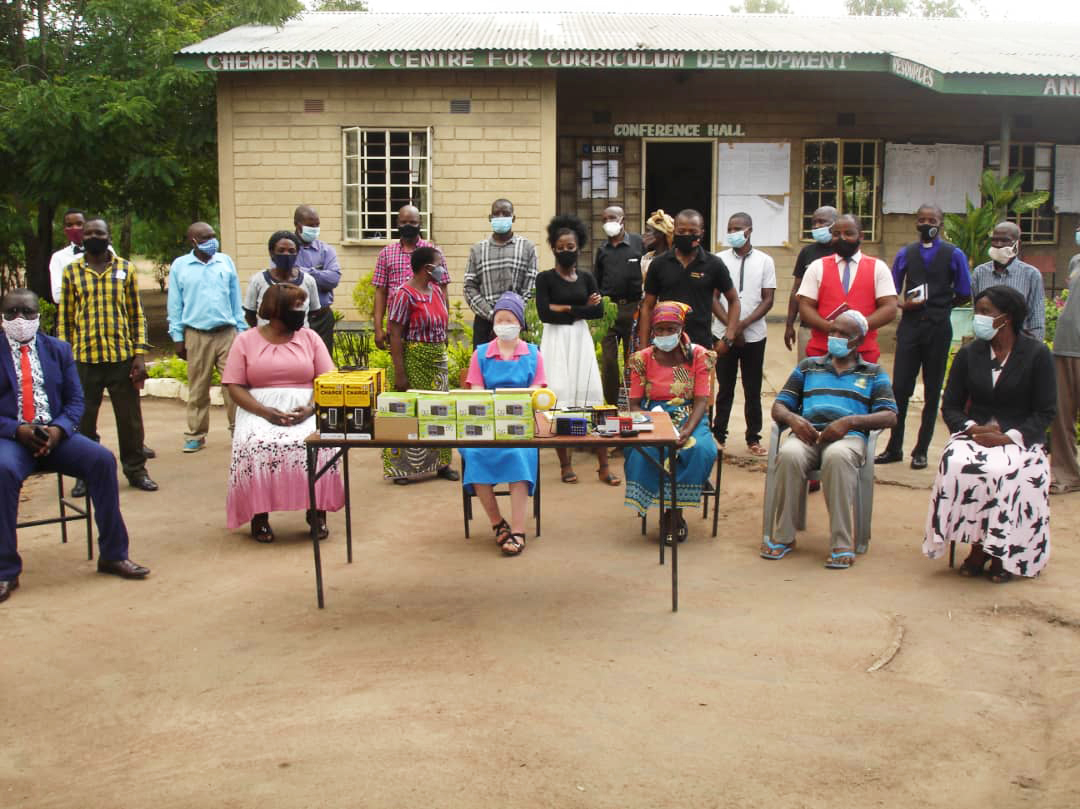 Chembera school in the Balaka District has been badly affected by the school closures.

SolarAid, who has been supporting the Chembera TDC previously with face masks for students during the first outbreak, were able to support the initiative so more children would be able to attend radio classes. Last week our team in Malawi travelled to the Balaka district to deliver the radios. Brave Mhonie, General Manager at SolarAid Malawi said, “Today was a very important day, and I am very happy with what has happened here at Chembera TDC. It is a day which has filled my heart with joy, excitement and happiness. That learners, who have been facing different challenges will now have access to solar radios, so that they continue listening to education programs that the government has developed to help those in rural areas and those that cannot manage to come to school because of the COVID-19 pandemic.”

As one of the poorest countries in the world, more than 30% of the population in Malawi is illiterate and only 10% have attended school. In Balaka district, many families do not have access to electricity to safely light their homes, let alone to power radios. The children in the region are vulnerable and come from the lowest income families – many are orphans being looked after by their grandparents.

Wiziron Charle, Primary Education Advisor said, “In our zone we have 477 orphans. 38 are challenged either physically, mentally, visually or hearing. The emergence of COVID-19 has added more challenges to the vulnerable.” Charle says that in only three months of school closures, 63 girls were pregnant. As the schools opened up during the autumn, over 100 girls were pregnant, and some were married.

“On the school-absent day learners are supposed to be listening to radio lessons. However, most of the vulnerable children do not have access to radios. Your coming in to support these children will make a great difference in their life”, says Wiziron Charle. 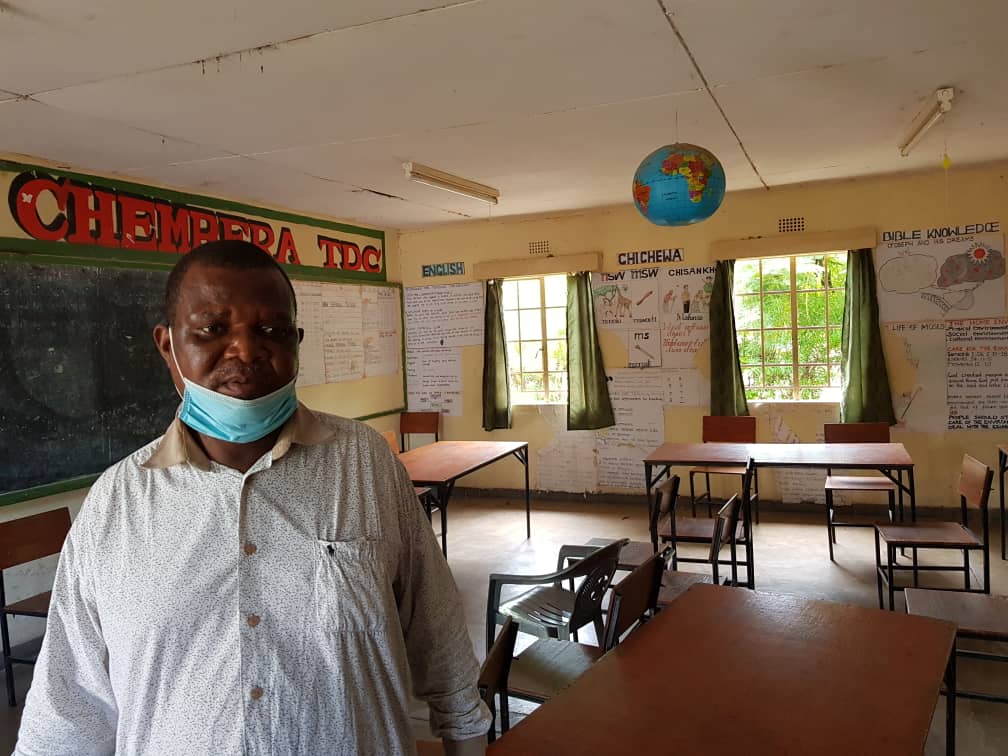 Families living without electricity are forced to rely on candles, poor quality torches or kerosene lamps to escape the dark, this becomes an additional struggle for school children to do their homework. Many accidents happen as children try to study by candle light. The solar light radios are able to charge in the sunshine during the day, and they give the students access to the radio aired classes, as well as safe light to study by at night. 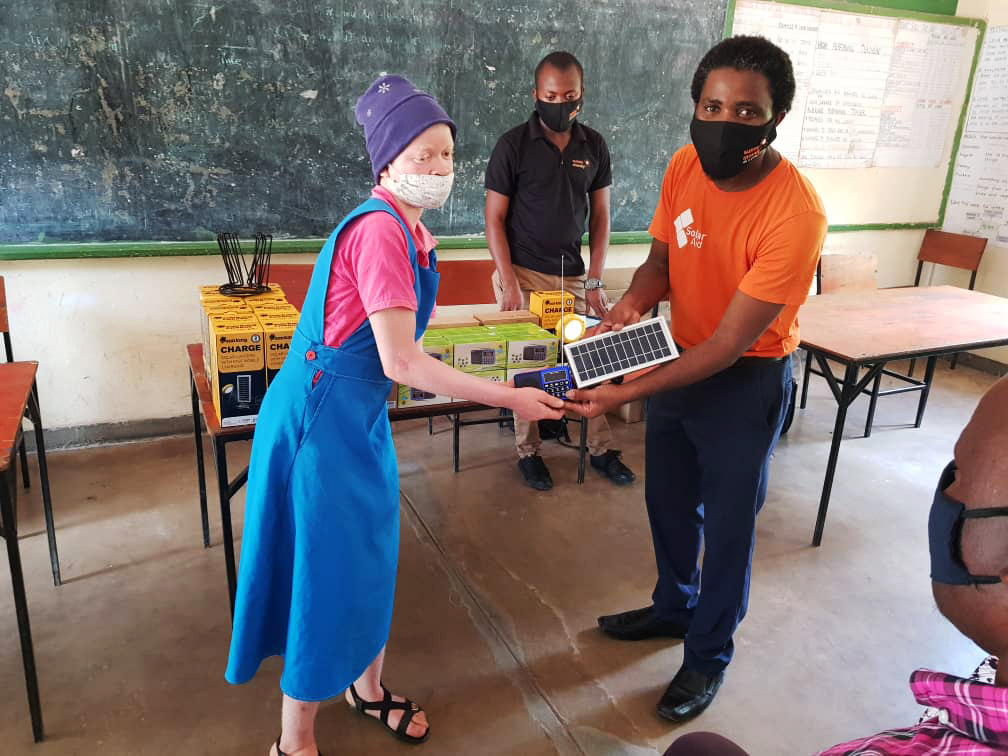 Aisha David in grade 6, received a solar light radio to be able to continue her education from home.

One student that received a solar light radio was Aisha David in Grade 6. She was there to represent the group of children who had been identified as vulnerable. In her emotional speech Aisha captured the struggles children in this part of the country are experiencing, which have been exacerbated by the spread of COVID-19.

“As you can see, I was born with albinism. So I face many challenges in life at school. The first problem is poor eyesight. The second problem is the sun. Because of the sun sometimes our skin dries out, so I have a hard time. The problem is lessened when we get the right amount of oil. We get it from the hospital but it is usually not available. During that time I can’t go to school. There are several such students in this zone.

Another problem I have is that I am an orphan. My father died a long time ago when I was a child, and my mother has been ill for some time and now she does not understand. I would like to thank my grandmother for looking after me and encouraging me in school. In the life of an orphan we lack many of the necessities of education. At our school and in the zone there are several orphans. I stand here to represent vulnerable children in a variety of ways. Orphans, poor children, children with destitute parents.

I stand here to thank you SunnyMoney for the work you have done. You have given us radios so that we can have the opportunity to receive education through radio. In fact, we do not have radios in our homes. Today will be the first time we will listen to the radio in our home. I assure you that we will use these radios properly. Also, we will work hard at school so that you can be proud too.”

Education is a crucial stepping stone out of poverty, but without access to electricity, quality education is difficult to achieve. Electricity access for schools has been proved to play a significant role in improving the quality of education. Benefits include extended study hours and information access, but also factors such as greater employment and retention of quality teaching staff are dependent on access to electricity (UNDESA, 2014).

At SolarAid, we are committed to continue innovating to find solutions to combat energy poverty and make quality education accessible for all. By working together, we believe we can achieve this. 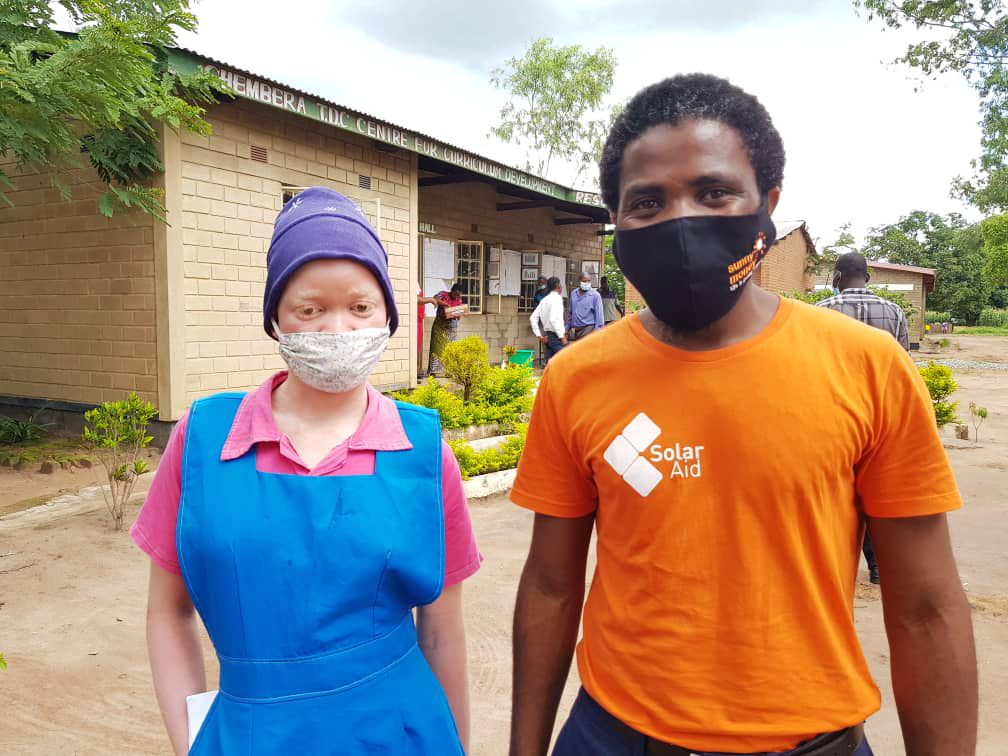 Brave Mhonie said, “I should also take this opportunity to thank our donors and all other supporters for making this possible. We had an idea, we had an initiative but we could not turn it into reality without financial resources, you have provided us with these valuable resources to enable us to deliver these radios to learners who need them most.”

This project was made possible in loving memory of Wouter Weug.