Wires, cables, solder and other parts cover the desk as Jackson excitedly points to a tiny black square box among the busy electronic map on the green background of the Printed Circuit Board (PCB) of the disassembled solar light.

“If we remove the connections from this (pointing to the box) from the rest of the light, then the rest can still work”.

Hearing ‘the rest can still work’ intrigues me, as it means that faulty lights could be saved from crude recycling and waste. Jackson takes a screwdriver and begins scratching around the sides of the black box. He then replaces the battery, puts it together and, amazingly, the light that was deemed waste, while no longer being able to charge phones, can now produce light, play the radio and play content from an SD card. It is like he has raised this solar light from the dead.

This wizardry makes me wonder how many other solar lights and electronics around the world have been disposed of, when they didn’t need to be. How many still had life left in them? This is one of the reasons that Jackson Chisha was recruited by SolarAid in Zambia, to explore new ways that solar lights can be repaired, giving rise to second generation lights. 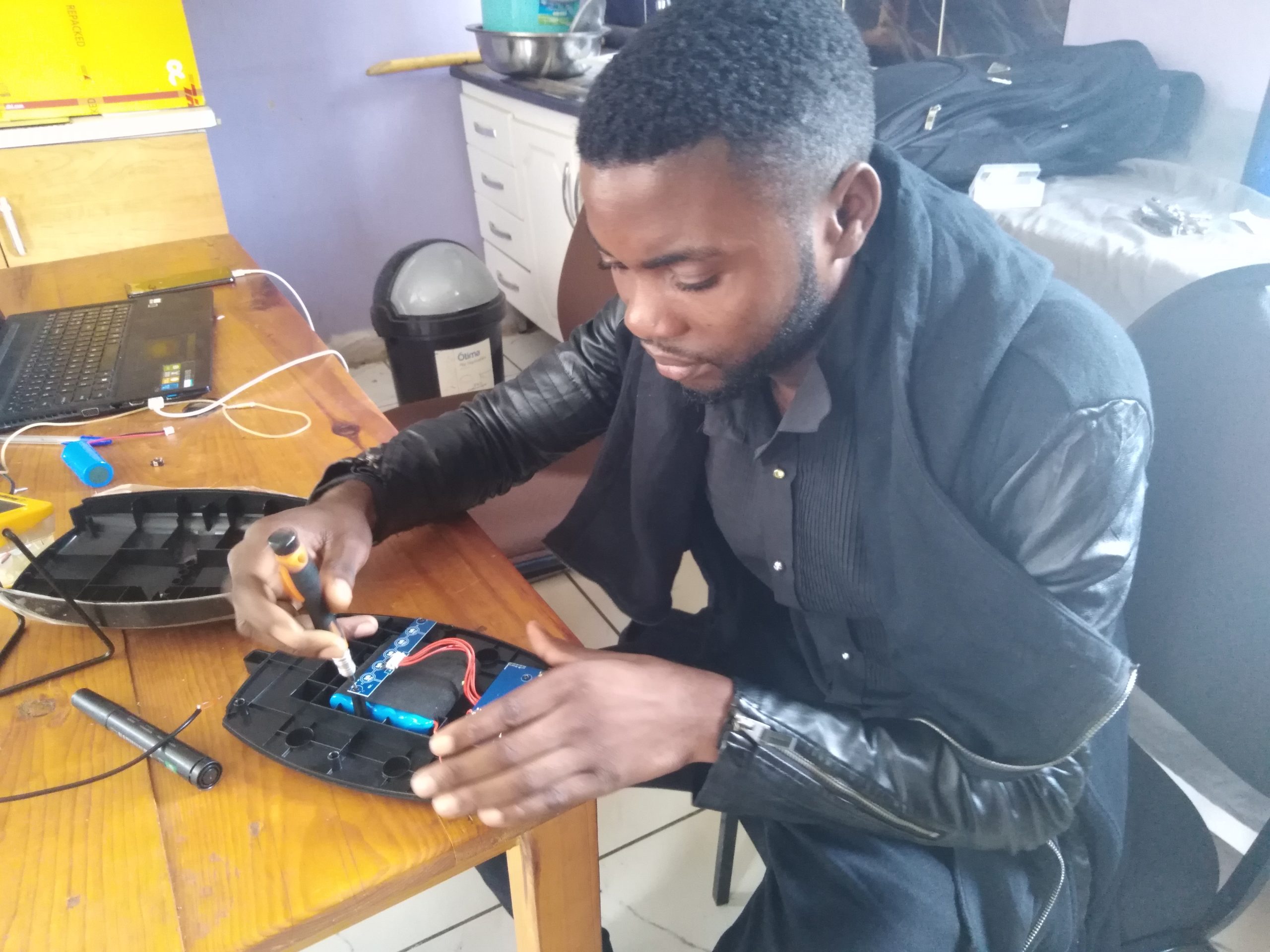 Jackson first became interested in electronics after watching his brother wire the family home. He was finishing his degree at a local college when his former teacher, then SunnyMoney’s e-waste project coordinator, asked him to do some work analysing faults in non-working solar lights that had been collected from rural areas.

When SunnyMoney decided that it was important to continue working on solar light repair after the e-waste project finished, Jackson was called to put his skills to work. He says that the best part of his job is going to the field and repairing people’s products. “They had been without power for so long and after I installed home systems they were telling me that they were so happy. The load shedding has been so bad that they didn’t have power in the evening. They had big smiles afterwards and it made me feel good.“

Solar lights, like all electronics, fail eventually. SolarAid alone has sold over 2 million lights across the continent. Some may yet have a ‘second generation’ left in them. We hope that there are more discoveries to be made, new ‘hacks’ that enable us to use clean, renewable light for as long as possible. 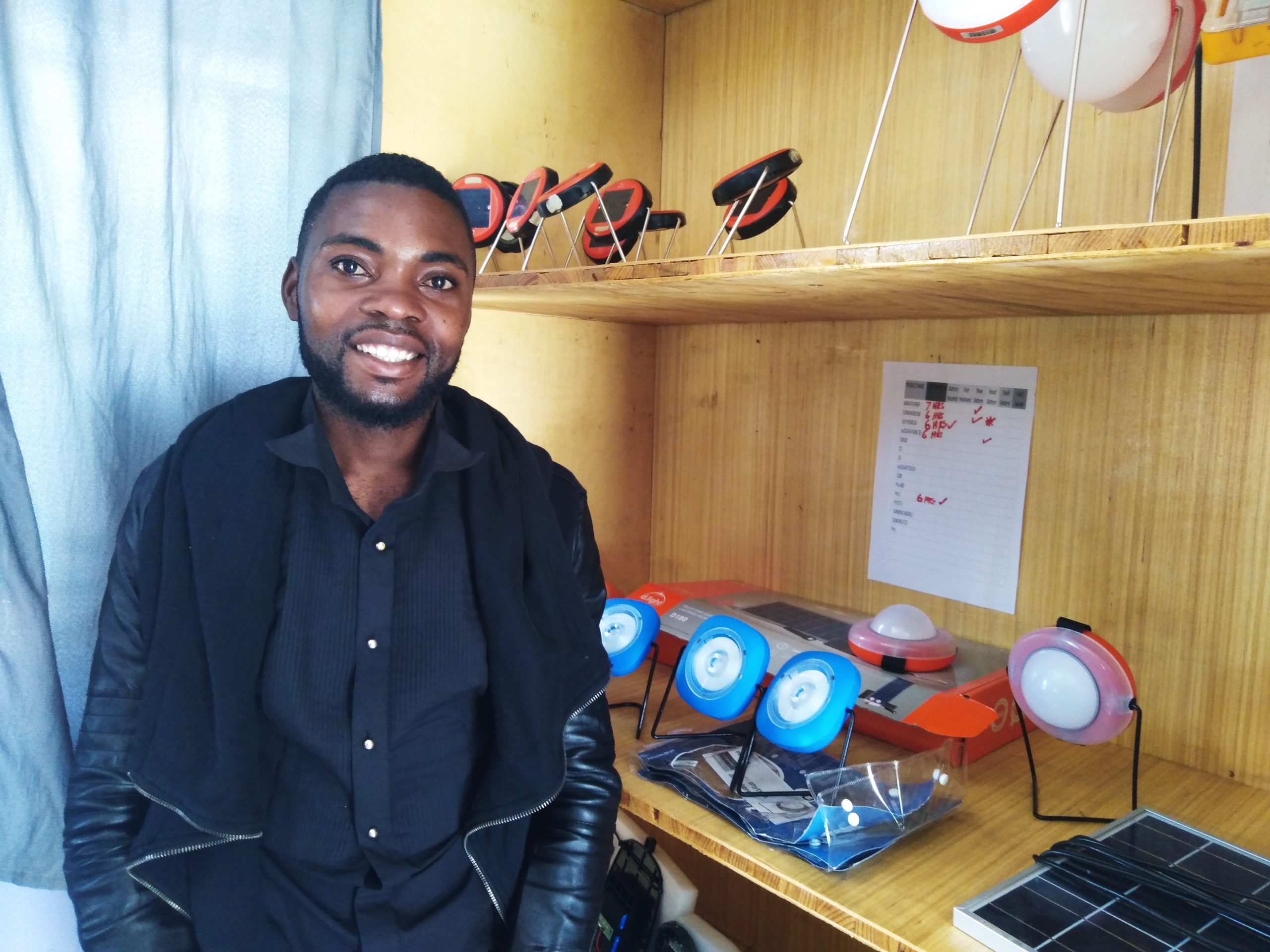