Kenya is the fastest growing solar market in Africa thanks to its reputation for being a hub of East African entrepreneurship. Our social enterprise, SunnyMoney, has sold nearly half a million lights in the last few years, reaching over 3.2 million people. That equates to around $175 million in savings over the lifetime of the lights and an extra 500 million hours of study time.

Nairobi is also the home of our SunnyMoney Global head office where CEO Caesar Mwangi and new head of Sales Evans Wattimah are based. It is with this in mind that the SunnyMoney teams were geared up to have another successful year in Kenya, hoping to emulate the success in Tanzania and help build a thriving energy market.

The last 12 months in Kenya had been fairly steady for the SunnyMoney teams, having sold around 180,000 lights, only slightly less than the hugely successful 2013/2014 financial year. The plan was to build on the success of the schools and agent recruitment campaigns and transform East Africa’s most progressive country into a beacon of hope for the whole region. If SunnyMoney were able to make the most of the potential available to them in Kenya, then it would go a long way to helping them achieve success in other countries too. 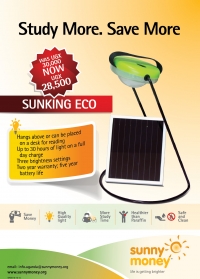 However, SunnyMoney’s efforts this year have already been affected by a couple of major obstacles. Firstly there is the knock-on effect of the abrupt downturn in sales in Tanzania, which has had an impact on SunnyMoney right across the region both in terms of staff retention and our ability to ensure we have enough stock. Second, and perhaps more significantly, Kenya has been gripped by the longest teacher strike in its history. With schools out of service and head teachers downing tools, running the vital Head Teacher Meetings and Schools’ Programmes in which local schools and education authorities are used as hubs to help educate and distribute lights, has become impossible.

The strike was suspended last Friday and with schools reopening across the country it gives our sales teams an opportunity to do what they do best. However, this bitter dispute doesn’t appear to have any immediate resolution in sight so SunnyMoney will have to continue to look for other opportunities to help get lights to remote communities.

So, over the last few months the teams have been working hard to develop a more diverse set of ways in which we can help serve the needs of those living ‘beyond the grid’. We’ve long known that the best way to achieve any goal in life is by forging partnerships and alliances with others, sharing knowledge, expertise and resources. That’s why we made a Clinton Global Initiative to help build the alliance to eradicate the kerosene lamps and why we’re now exploring a number of brand partnerships to increase awareness of solar lights. 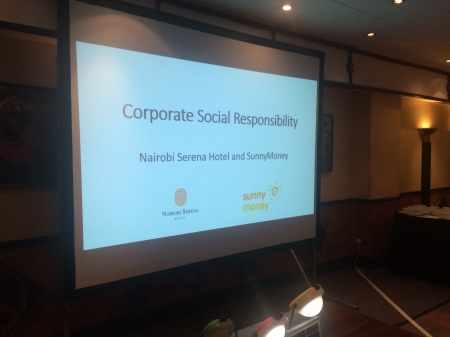 Thanks to projects like these we are already talking to a number of other organisations about potential partnerships including AMREF, Kenya Red Cross Societies and Nestle. It is clear that both SolarAid and SunnyMoney are going to have to work even harder, and think of new and innovative ways of securing funds and selling lights, to ensure we can continue going to areas other businesses won’t. We’ve had some amazing results over the last few years but the last few months have shown that working in unpredictable frontier markets has many challenges. Nowhere is this more apparent than in Kenya, and if we’re going to continue help build sustainable solar markets right across Africa then we’re going to have to be a little more creative with our sales and distribution. 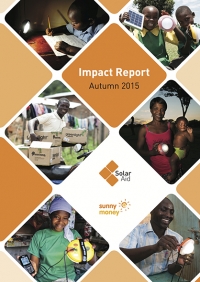 Impact Report 2015: Read more about our progress in Kenya