Below, former Headmistress of Withington Girls’ School, Janet Pickering talks about her experience of visiting The Gambia to share the gift of light…

I had the privilege of being the Headmistress of Withington Girls’ School (WGS), Manchester, from 2000 to 2010.  In 2003 the School began an ongoing link with small-scale education projects in The Gambia, West Africa, in partnership with Gambian project co-ordinator, Lamin Jammeh. 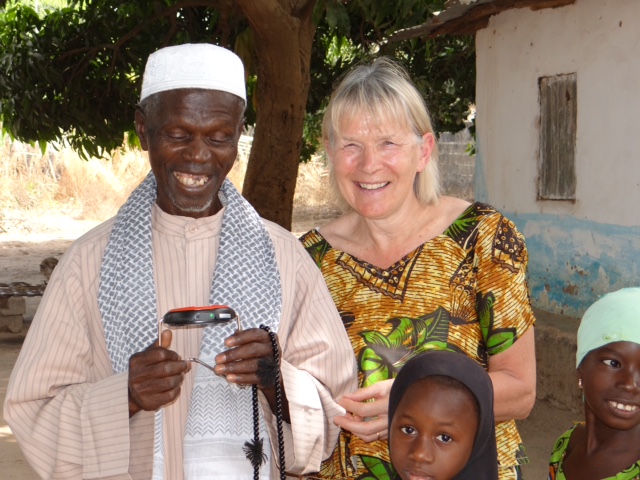 My love of The Gambia, and its people, has grown with each of four visits, two with the girls and two with my husband, Ron. This year Ron was asked to run teacher-training workshops in The Gambia so I had no hesitation in going with him!  Amongst our luggage were 5 solar lamps, purchased from SolarAid via Keith Neal, SolarAid Ambassador and husband of Ruth, a former Biology teacher at Withington.

As is the case in so much of Africa, virtually all rural families, and many who live in towns and cities, have no access to electricity.  The Gambia was ranked 21st poorest in the world based on 2015 tables of GDP, but there is an abundance of sunshine – a minimum of 6 hours per day in the rainy season rising to 10 hours per day in February to May.

Our lights were given to five families selected on the basis of need by Lamin; three were local to his home in Kerewan and two were taken by him up-country to Illiassa, site of the Mama Tamba Nursery, a major Withington project. 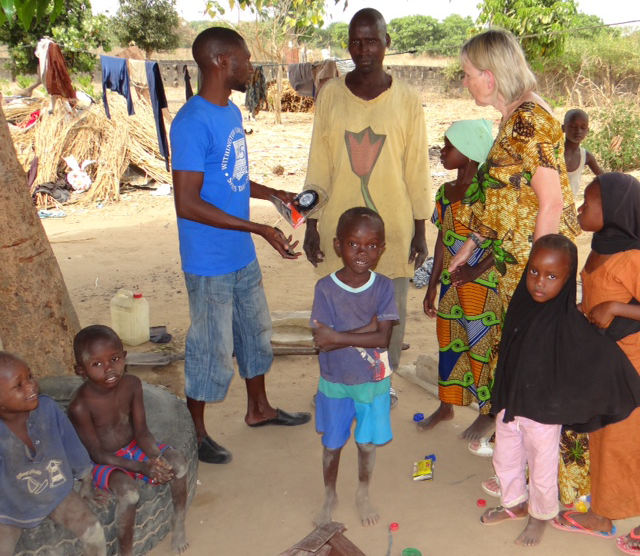 Janet talking to local villagers about the D-light S2

Lamin phoned me at the start of June to confirm that these lights have already transformed the lives of those who received them. We believe that they are the first of their kind to be taken out to The Gambia and we are hoping to raise enough funds to enable many more lamps to be taken out by the girls each year. More details of Withington’s work in The Gambia can be found here.

I salute the wonderful work of SolarAid and confirm that more lamps will be in our suitcases next time we depart for Banjul Airport.