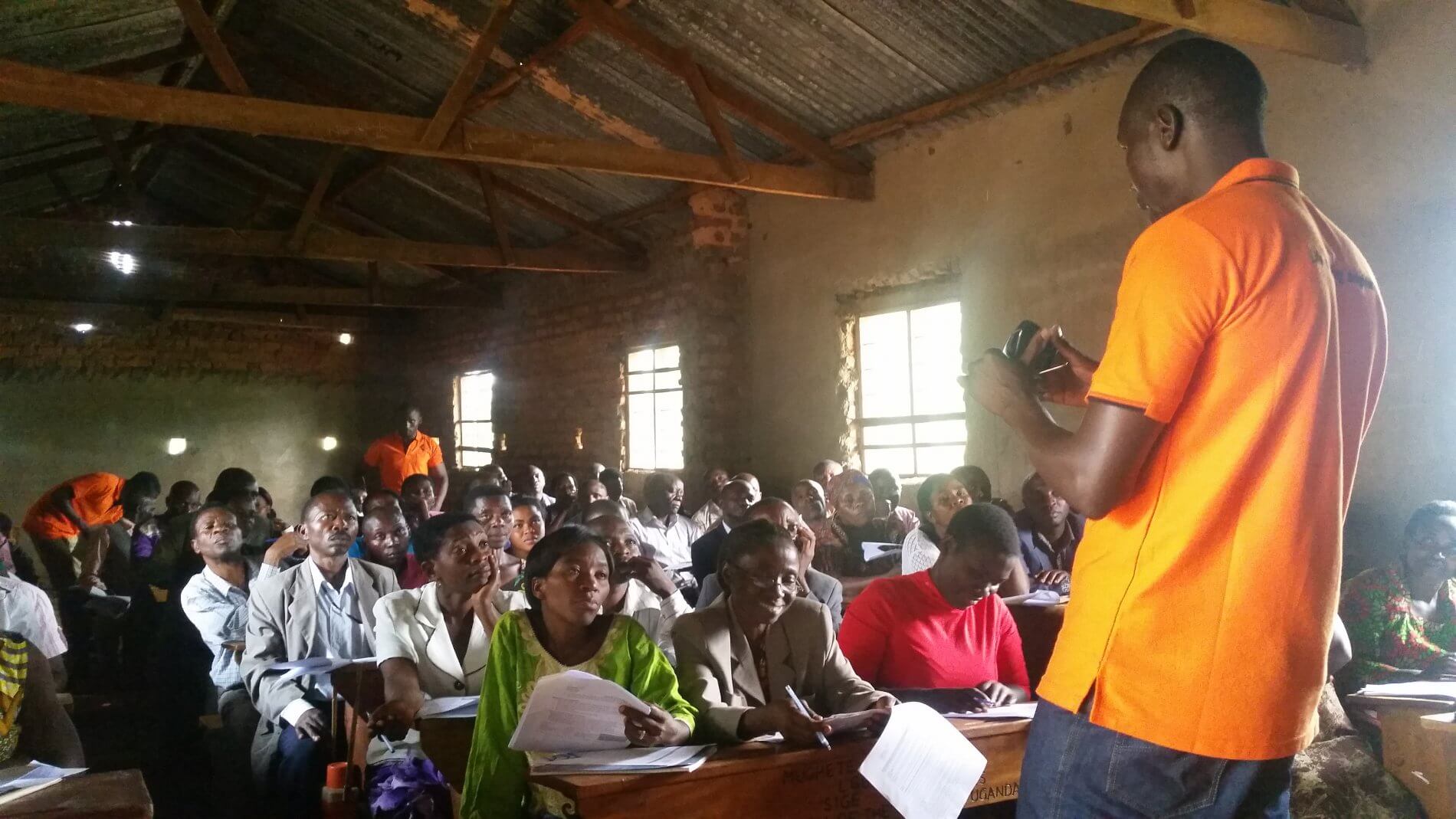 Off the plane and into the field, my SunnyMoney Uganda colleagues picked me up in the minibus and off we went on our 6 hour journey from Kampala to Kasese, Western Uganda. These journeys are the norm for SunnyMoney in Uganda, Malawi and Zambia (often over a day’s travel in Zambia). Our commitment to reaching the last inch of the last mile makes this necessary.

Little is often known about solar within these rural communities so we travel far to work with the people to educate and raise awareness about the benefits of solar lighting. We do this through our Schools Campaigns.

Many other solar lighting companies do not undertake such activities because of the cost. As an NGO with supporters rather than investors, we spend more to ensure those who would otherwise not be reached have the choice to buy a solar light. Although this can be difficult to afford, this impact is lasting as we help create that initial demand which grows to catalyse a sustainable solar lighting market where many players, including SunnyMoney, are serving the rural areas.

Our model helped to catalyse solar lighting markets in Tanzania and Kenya, and now jumping off the bus at Mughete Primary School, Kasese, the SunnyMoney Uganda team were here to help do the same by conducting a ‘Head Teacher Meeting’.

After years of trying to figure out how to reach rural areas with clean and affordable energy, it was the idea of working with head teachers – trusted community members – which has been the key to our success.

While being welcomed by the head teacher of Mughete Primary School and a representative of the District Education Officer (DEO), the team were setting up, awaiting the arrival of head teachers from across the district.

They had been told about SunnyMoney’s arrival by the DEO who had previously met with the team. One by one almost every head teacher from the district arrived – some travelling hours in the process. There were 94 in total.

The meeting was led by Samuel Oyaku, otherwise known as ‘Uncle Solar’. I could see why. This really was more than an ‘information meeting’. It was the telling of an opportunity for these headteachers to benefit their students, to benefit their communities and benefit themselves. Through Uncle Solar’s clear, informative and witty teachings the head teachers were willingly becoming ‘the agents of change’ he described.

Right from the outset, the head teachers were on board. When Samuel asked for a show of hands from head teachers with access to solar, there were only three. Electricity? Another three. ‘What does the rest of the room use?’ he asked. ‘Kerosene’ shouted the room.

I cannot do the experience justice in just a short blog so I will show you instead:

Samuel explaining the durability of a solar light

Samuel explaining the cost of a solar light

In just two short clips, you can see the value of being able to equip the ‘agents of change’ with more than just solar lights when they go back to their communities to spread the word – and the light. As SunnyMoney’s youngest operation, this work must continue across the whole of Uganda. But what follows? For Malawi and Zambia, Schools Campaigns have covered almost the whole countries and SunnyMoney must now look to how best we can fulfill the growing demand with the next step of our model – the Agent Network.