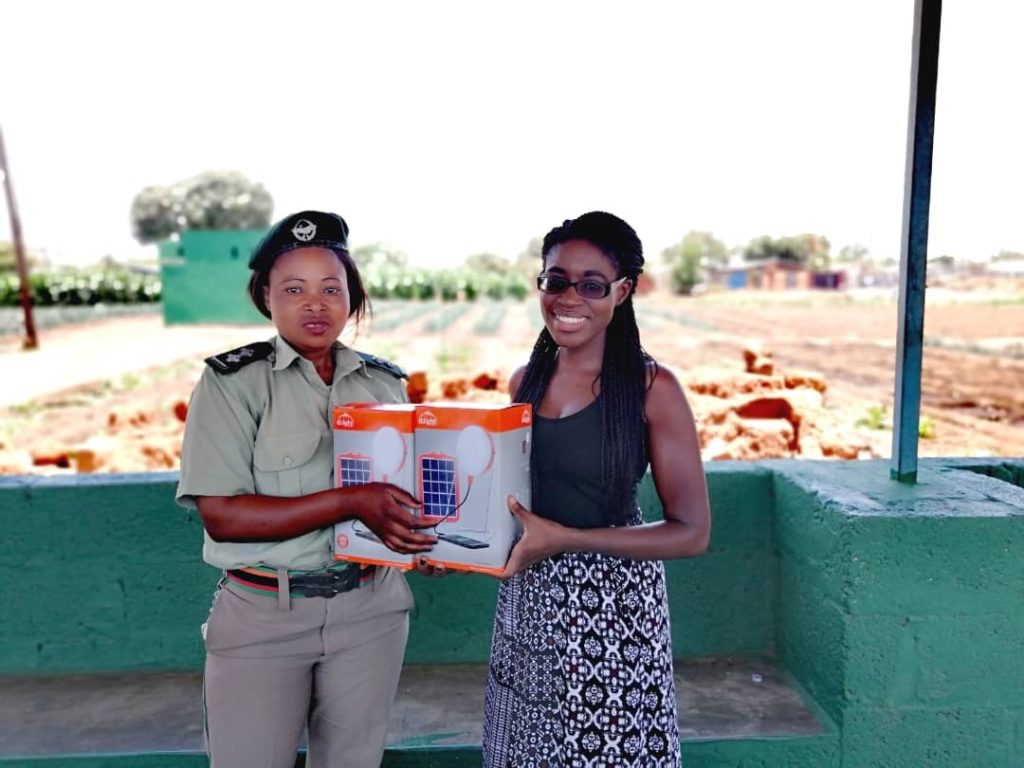 A small room of 32m2 at Kamwala Remand Prison in Lusaka, Zambia is the home to 56 boys aged between 10-16 years. Some boys spend up to two years here, at the juvenile detention section. When the sun sets at 6pm, this confined space becomes pitch black, and the boys are locked up in the space until 9am the morning after.

There are mattresses on the floor and a TV is mounted on the wall. There is usually access to electricity here, but due to the severe load shedding – planned power outages set up to save electricity – evenings are now spent in the dark. Because of the severe drought in the country, the water levels in the hydro-electric dam are low, causing up to 24 hours of loadshedding a day in the capital.

’Life after sun has set is not that great. We are confined in a small space and there are so many of us right now. However, when we do have electricity we watch TV and tell stories. The solar lights have been of great help, especially with the amount of load shedding,’ says one of the boys.

Living in a confined space in darkness can cause serious risk to our wellbeing. This is why SunnyMoney Zambia has given the boys two solar lights to use in the evenings.

’No child should be left in the dark and we are trying to give light in a bad situation. They are kids and they need to feel like they are cared about, especially if we want them to reintegrate into society. Having no light can be extremely discouraging and we are hoping that at least giving them light can help lift their spirits, says Karla Kanayanga, General Manager at SunnyMoney in Zambia.

When the boys are allowed out of the room between 9am and 4pm, they will be taking the solar lights out to charge.

‘They were very happy about the lights and immediately put them outside to charge after we explained how to use them’, says Kaluba Musakanya from SunnyMoney, who handed over the lights to the boys.

In the 21st century, it is unacceptable that people are still living in darkness. We are dedicated to keep finding solutions and keep innovating to reach more people. Together we can end the darkness.

Learn more about our work by signing up to our newsletter.