Our sales officers sometimes have to brave very poor roads to reach rural communities living far away from towns in Uganda.

People in these remote villages often rely on kerosene for lighting and spend a lot of money on transport to travel to trading centres to buy kerosene which is very expensive for them.

However, our sales officers do whatever it takes to reach to customers despite poor roads.

“I’m determined to reach to my customers, what is important to me is selling this solar light to them to improve their lighting which has been a challenge to most of these rural communities. Saving lives with our solar lights is more important than getting muddy on such poor roads’’ Charles Obwoya, a retired primary teacher in Amuru district continues to serve his communities in spite of his retirement from the education service.

“I’m retired but not tired of serving my people. I will continue to sell solar lights to my communities and this is also another way to earn something to support my family as I wait for my pension”, says Charles. 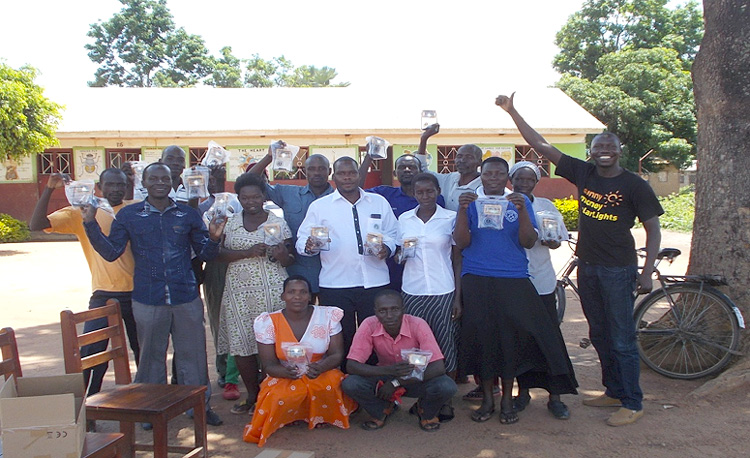 Star Light primary school is one of the privately owned schools in Lira district that has embraced the use of solar lights for both teachers and pupils for study purposes.

Okello George, the director of the school attributes the better performance in the recently released Primary Leaving examinations to the solar lights he purchased for both teachers and pupils:

“My teachers used not to plan their lessons at night and candidate class was limited to the use of three kerosene lamps but ever since I purchased 40 SM100 for my pupils and teachers, everything changed.

The school managed to get 12 students into division one out of the 30 pupils who sat in the final examination. 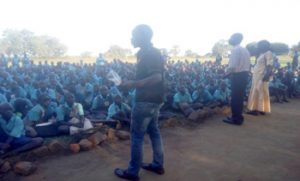 After the general head teacher meetings, some schools have started inviting SunnyMoney sales officers to present SunnyMoney products to teachers, pupils and parents during ceremonies organised by the schools.There has also been impressive uptake of solar lights for studies by most schools in Northern Uganda.

Anzella, a 70 year old widow living with her four grandchildren in the rural district of Maracha avoided a snake bite after her goats were attacked by a snake at night.

“I was in the house at the time in the night when I heard my goats making noise, so I decided to go and check what was happening.

I came out with my solar light and the light helped me to see clearly what was on the ground, this is how I survived being bitten by snake.

If I had no light with me, I would be dead now because the snake was angry since the goats were hitting it with their legs and I could have stepped on it…’’

Before purchasing her solar light from SunnyMoney, Anzella had lost everything in her two huts due to an fire which was caused by her 5 year old grandson who accidentally knocked over a kerosene lamp. The solar light has clearly made a huge difference to both Anzella’s and her grandchildren’s lives.

Anzella with her solar light, her hut before the kerosene fire and her grandsons.