Fabriola dreams of becoming a nurse 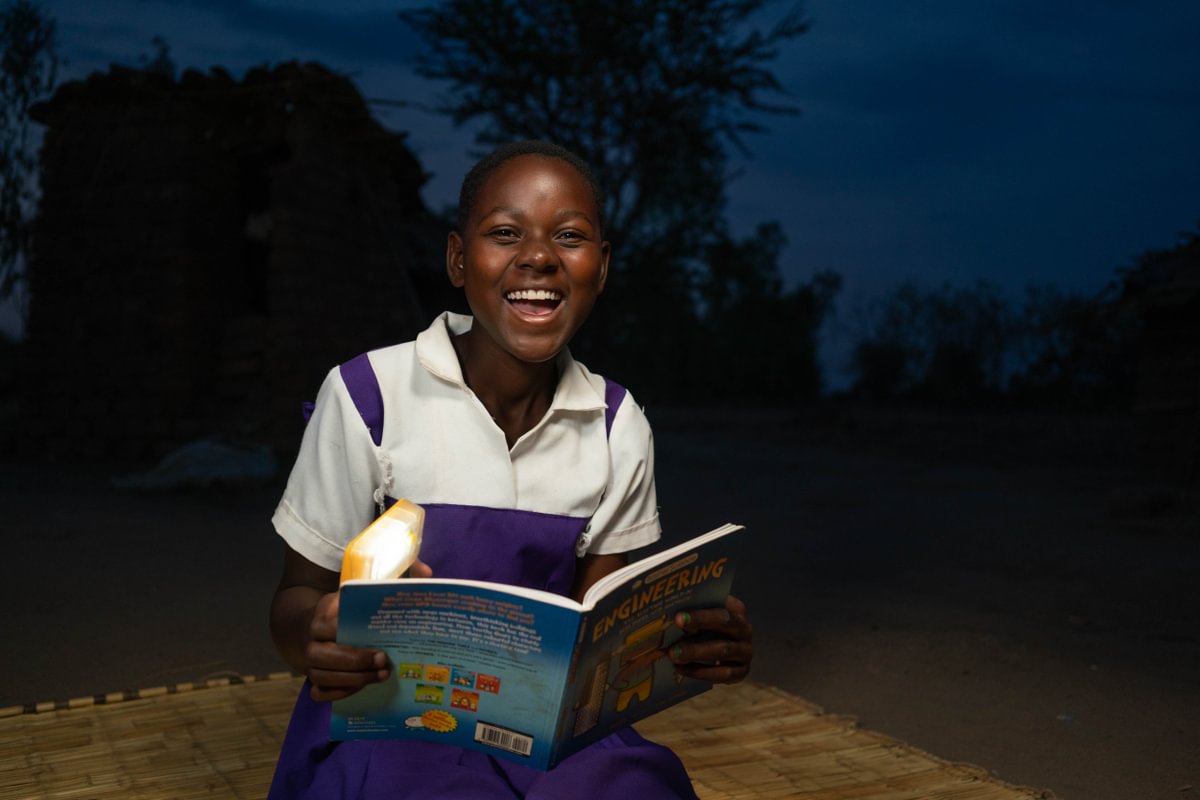 Darkness surrounds Fabriola Davidson, 15, as she is sitting outside her home in Tembetembe Village in Malawi, reading a book on engineering. With a solar light firmly in her hand, the darkness no longer affects her, but it hasn’t always been this way.

In the past, Fabriola’s family had to rely on torch light and buy batteries every day to have light after the sunset. It was a strain on their finances. “If we do not have money to buy batteries, the children won’t have time to study because we live in the dark,” Davidson says. Fabriola adds, “In the end I was not performing well in class because sometimes, I just read a little bit and the torch light went off. So I failed because I was not able to study enough,” says Fabriola.

“I want to help the sick. I can work as a nurse and I will be earning money to help my poor relatives.”

Without access to light, Fabriola saw her dream of going to nursing school fade away just as her mother Elizabeth’s had. Elizabeth says, “When I was a child, I wanted to finish my education to become a nurse. However, because of financial problems at home, I failed to realise my dream,” while at the same time assuring “I also enjoyed school because I had no learning difficulties and was proud to be a student.”

Fabriola’s father, Davidson, tells a similar story, “I was enjoying school because I performed well in class. School gave me joy because I had no difficulties with most subjects.I wanted to be a soldier to protect my country. But my dreams failed because my parents couldn’t afford school fees.” 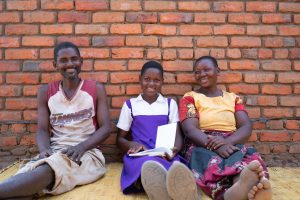 But dreams change, and Elizabeth and Davidson now dream of giving their children the opportunities they never had. They know that education is vital, “I dream of having enough money. I wish that all of my children should reach far with education so that they can stand on their own. What I want is to educate my children from primary to secondary school,“ says Davidson.

Fabriola also dreams of a brighter future. She has watched as her friends, tasked with chores around the home, lose valuable study time.

“They don’t have the opportunity to study. The end result is school failure.”

Fabriola’s parents, who are both working as farmers, see how other children in the village are forced to help their parents on the farms. They hope for a brighter future for their children.

“I don’t want my child to pass through such situations. It is better for me to educate my daughter so that she doesn’t experience such farm hardships,” says Elizabeth. “She wants to do nursing. I am pleased with the news because it is her choice. I also encourage her to behave well so that she can realise her dream, because if her education is not good she can’t be a nurse.”

Even with education at the top of their priorities, they have struggled. “The challenge that we have is access to finances. This is what prevents us from educating our children, even when they pass with good grades. We fail to educate them further so that they can realise their dreams,” says Davidson.

In the area where the family lives, poverty rates are high and many women and girls suffer the consequences. Davidson explains, “There is a lot of peer pressure among girls. When they see a friend go into an early marriage, they feel that they should get married too. But the biggest challenge is school drop out as a result of early pregnancies (…) Women are left with too much responsibility to look after the children on their own.”

But, a light of hope has now arrived and things are changing for Fabriola and her family.

A Light Library installed at Fabriola’s school has changed everything for the family. With solar lights provided by SolarAid and books provided by Book Aid International, Fabriola is able to rent a solar light and a book to bring home with her each evening, for as little as 1p a day. Fabriola rents a solar light on a monthly basis and is able to study long after the sun has set.

“I was happy because I knew that I would improve my performance in the classroom (…) When I borrow a book and a torch, I go home and I study in a quiet place so that nobody disturbs me.”

Having access to solar in the evening has not only improved Fabiola’s marks but its proved to benefit the whole family, “We use the solar light to light during eating, studying and when performing other different tasks,” Fabriola says while also explaining that there is no Light Library at her siblings school, so they share. “I give it to them once I have finished studying so that they can also perform well in school.” 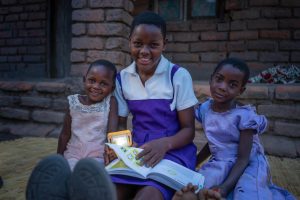 The joy of the books and lights has also extended to Fabriola’s parents, “When she comes from school, she reads to me things that I cannot read.” Elizabeth says. Her dad in particular liked a book called ‘Tambourine’. He says, “I like the story inside the book. It reminds me of my time back in school. The story shows how life moves from poverty to times of glory. Based on the story plot from poverty to glory. I thought a school child can also move from poverty to glory.”

“Her reading brings joy in my heart and I am encouraged that she has a future.”

Fabriola’s favourite subject in school is English. She likes it because it enables her to speak to different kinds of people. However, she struggles with mathematics, “It really troubles me. To make sure I pass the subject, I found help from a good mathematician. So little by little, I am getting better.” The ‘good mathematician’ that Fabriola refers to is her older brother Emanuel, 19.

Elizabeth is proud of her daughter and the improvements that Fabriola is making at school. “I am so proud that she is growing in intellect and behaviour (…) Her character is good. She is very punctual when going to school and when she returns, she takes her books and starts reading. At night, after dinner, she takes her solar light again and start studying.” Davidson adds, “When she is done with schoolwork she likes to sit on her own. I think she reflects on what she has studied so that it doesn’t come out of her memory”. 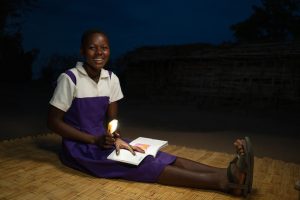 Davidson says he is seeing a clear shift since the Light Library was introduced, “I am very happy with the Light Libraries. It encourages my daughter. In the past, when there were no lights, she was performing badly but nowadays she gets good grades. She has developed interest in school because the lamp give her enough time to study. She doesn’t find difficulties with learning at school because she has studied (…) The light and the books are important because they encourage children. Children are performing very well because they have a chance to borrow books and solar lights for reading. He continues, “As a parent I am also happy because I am free from buying batteries.”

“The solar light has set us free because when the light is dull we just charge it in the sun.”

Fabriola, who’s described by others as “a happy person” because she is “always chatting and laughing”, says, “I want to live a healthier and happy life. A life of studying and love for education.”

Access to light and books allows children to wander off into a land of imagination, it powers their dreams and hopes for the future.

You can power the dreams of students like Fabriola, please consider supporting our Light Libraries appeal today.