Stanford Njuguna has just turned 18 and he is a Solar Champion. He recently returned from Moyale town on the Kenya/Ethiopia border, to deliver a consignment of solar lights. 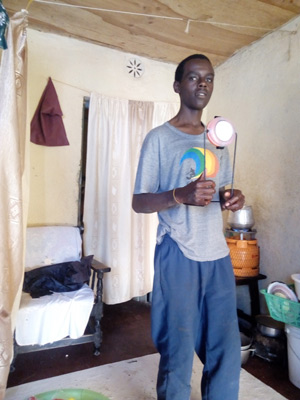 In 2011, Stanford, his mother and two siblings moved to Kinangop after being evicted from their home following ethnic clashes. Several months after moving, there was considerable doubt whether he would be able to finish his primary education. Often, being the eldest, he helped his mother working as a farm labourer, even though he was still a child. His studies and that of his siblings were greatly affected. On many occasions they could not afford to buy kerosene for lighting.

In 2012, luck came their way. A good Samaritan gave them an acre of land for 3 years to grow their own food. They were also given two SunKing Mobile solar lights from SolarAid/SunnyMoney. These gave them instant clean light, more time to study and do homework and a little more income from using the lights to charge mobile phones. Now, nearly six years on, these two lights are still working. Not even a battery has ever been changed.

Stanford attributes his family’s academic success to the solar lights. 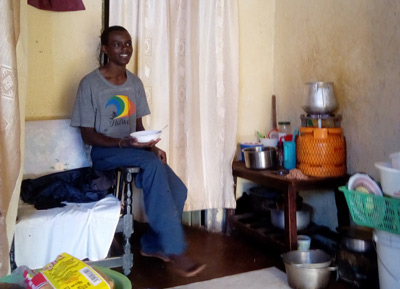 Stanford attributes his family’s academic success to the solar lights. Last year, he successfully cleared high school, scoring a mean grade B-, and achieving an A in his favourite subject, mathematics. Out of 615,773 candidates who sat for the national examination, Stanford is one of only 17,000 (2.76%) who will join public universities in October 2018.

While in high school, Stanford sold solar lights during holidays to offset school fees which were always in arrears. He continues to do the same now to support his sister and brother who are in Forms 3 and 1 respectively in good public boarding schools, following their impressive performances in the end of primary school examinations. 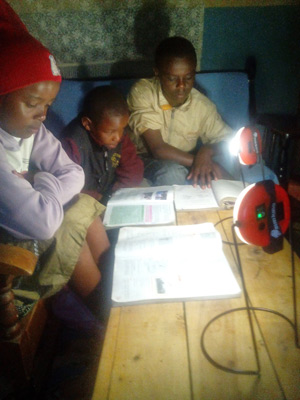 Stanford studying with his younger brother Peter and sister Phyllis

Stanford is full of praise for SunnyMoney lights. They are durable and of superior quality to many others in the market that hardly last six months. Solar for Peace Initiative has taken Stanford to 28 out of the 47 counties in Kenya. He uses these travelling opportunities to promote solar and rally communities to become part of the answer to the challenges facing them. When time allows, while with these communities, Stanford gives free coaching in mathematics to those pupils who are poor in the subject.

Our prayer is that more people will support Stanford by buying his lights to enable him to fund his university education.