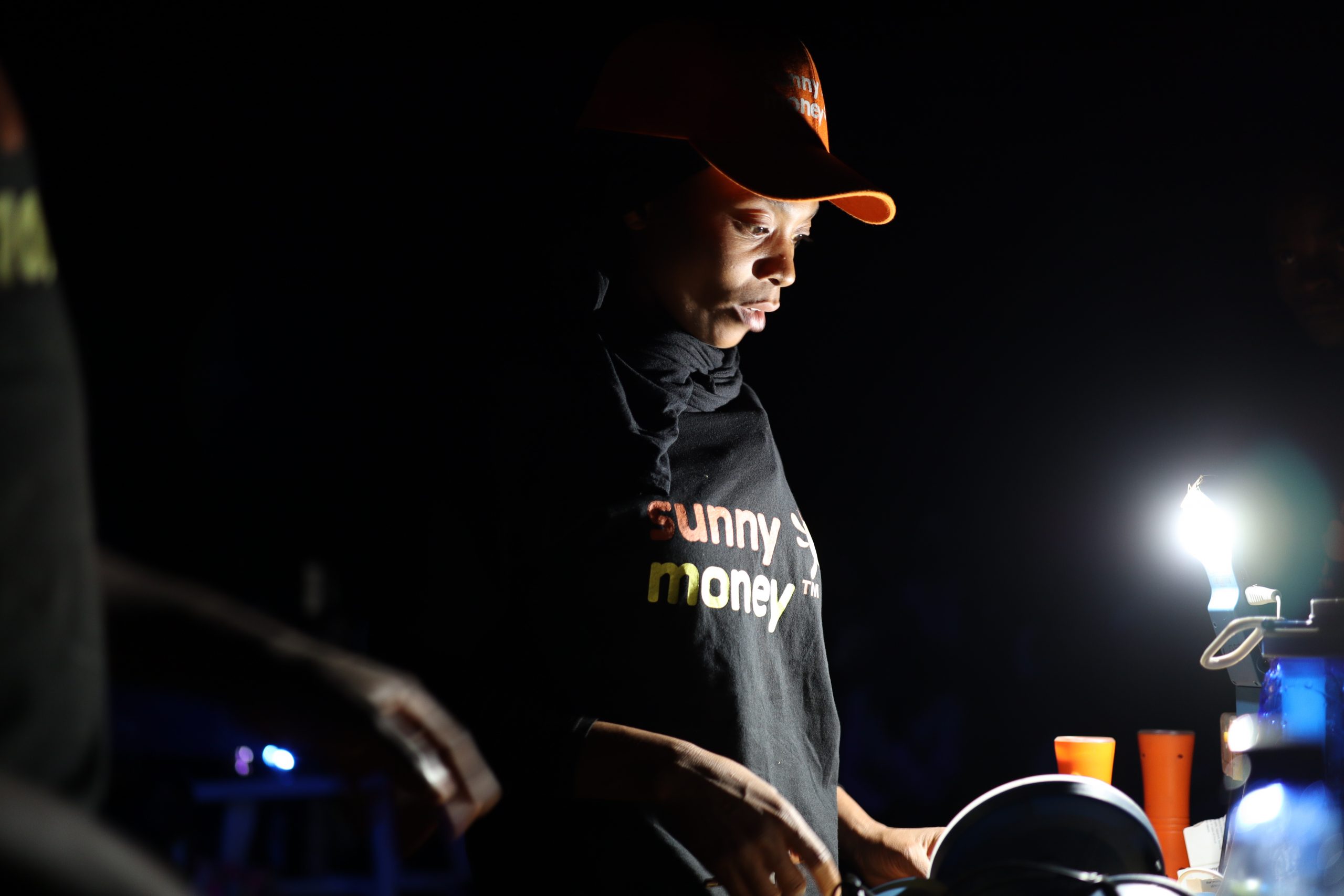 SolarAid is launching ‘Light a Village’ – a new game-changing initiative to implement a new commercial model that aims to reach 100% penetration of solar energy in a single, rural off-grid community in Malawi. The pilot is being launched and funded as a ‘Permission to Fail’ project by long-term supporters Dr. Ewan Kirk and Dr. Patricia Turner through the Turner Kirk Trust.

SolarAid is launching a brand-new pilot in Malawi to aid the mission of lighting up the whole of rural Africa by 2030.

The 12-month pilot – named Light A Village – kicks off in March 2021 and will provide solar lights through SunnyMoney to every household in a single, off-grid village in Ntchisi, Central Malawi.

The project’s purpose is to implement a new commercial model for getting solar energy in more rural communities across Africa. While pay-as-you-go solar energy is taking off across the continent, the poorest rural communities are being left behind by the traditional market simply because villages are not as profitable to sell to compared to the big cities.

Light a Village is fundamentally different from other initiatives run by SolarAid or other solar charities in that it seeks to reach 100 per cent of households in a single community by blending a business-based deployment model run by the charity’s social enterprise, SunnyMoney.

The pilot has come after a £75,000 philanthropic gift by long-term supporters of SolarAid, technology entrepreneur Dr. Ewan Kirk and academic Dr. Patricia Turner through their family foundation, the Turner Kirk Trust. The scheme is being run as a ‘Permission to Fail’ project, after the supporters allowed the SolarAid team permission to fail in the pursuit of a model that can act as a catalyst to substantially light up more homes across rural Africa with renewable energy.

It is hoped that the scheme will lead to the discovery of a sustainable business model that reaches 100 per cent penetration, leading to a successful roll-out of green energy across all of super-rural Africa.

Dr. Ewan Kirk, Co-chair of the Turner Kirk Trust, said: “If we are going to solve difficult global problems, like energy poverty, it is essential that organisations like SolarAid are given the permission to fail. This is what Light a Village is all about – experimenting in an entrepreneurial way to find a method of working that can ultimately reach more people. Charities need financial support to trial, experiment, learn and adapt. It would be an even greater failure if we did not try at all.”

Light A Village will run in 500 homes in total. It will provide every household solar lighting equipment, funded by the donation, along with a period of initial free lighting. Households will then be able to pay for energy on a pay-as-you-go basis, replacing light with candles or dangerous kerosene lamps.

One of the project’s key focuses is working in close collaboration with community leaders and village heads.

The most impoverished families will always have access to free lighting, and the devices will use GSM technology to track energy usage.

John Keane, CEO of SolarAid, said: “We have set a new goal to end energy poverty in Africa by the end of the decade. Nobody should be left in the dark, but achieving this ambitious goal will depend on experimenting with new blended charity and business models, which is the objective of Light a Village.”

As the use of solar energy expands across the continent, much of the reach is concentrated in urban centres. In contrast, energy poverty is especially severe in rural communities, particularly in Malawi, where 84% of the population live in rural areas.

Instead, many rely on dangerous candles and kerosene lamps or use their limited financial resource on disposable batteries for essential light and power. When night falls, children cannot continue their studies, businesses often have to close, and clinics sometimes have to stop looking after patients.

John Keane, added: “The only route to lighting up the whole continent is by finding a new model that can achieve 100 per cent viability and take-up, and at the moment, rural Africa is not being reached. This project is all about reaching those communities and scaling up a model to reach thousands of more then.”

The Turner Kirk Trust’s support is truly unique because they understand that the pilot project may fail, but they have been willing to support SolarAid in its experimentation.

Dr. Patricia Turner, Co-chair of the Turner Kirk Trust, said: “A lack of reliable and safe electricity is both a cause and outcome of extreme poverty. In addition to that, protecting the environment and climate is one of the biggest challenges facing us all today. With solar, we can both increase the use of renewable sources of energy as well as provide families with a reliable and constant source of light. The challenge is not the technology – it’s reaching as many people as possible in an effective and sustainable way. If the pilot is successful, it lays out a route to get renewable energy into every rural household in Africa. That would be a gamechanger.”

ABOUT THE TURNER KIRK TRUST