“We need to look for lamps for our house, because when we use candles, it becomes dangerous with children. You are not supposed to leave children with active fires (…) A lot of children get burnt, this is a problem, and someone can die.”

In a small house in Chasefu village in rural Zambia, Richard Ngoma lives with his wife Mary and their 2-year-old daughter Felicia. When speaking about the dangers of fire, Richard knows what he is talking about.

One fateful evening, a child sprinkled water into a frying pan full of hot oil, setting fire to the kitchen. It was difficult for Richard and his family to escape the smoke filled room as the mobile phone they used for light was destroyed in the fire. Richard was injured badly and taken to hospital by his brother, but they struggled. It was so dark that it was difficult to see anything. 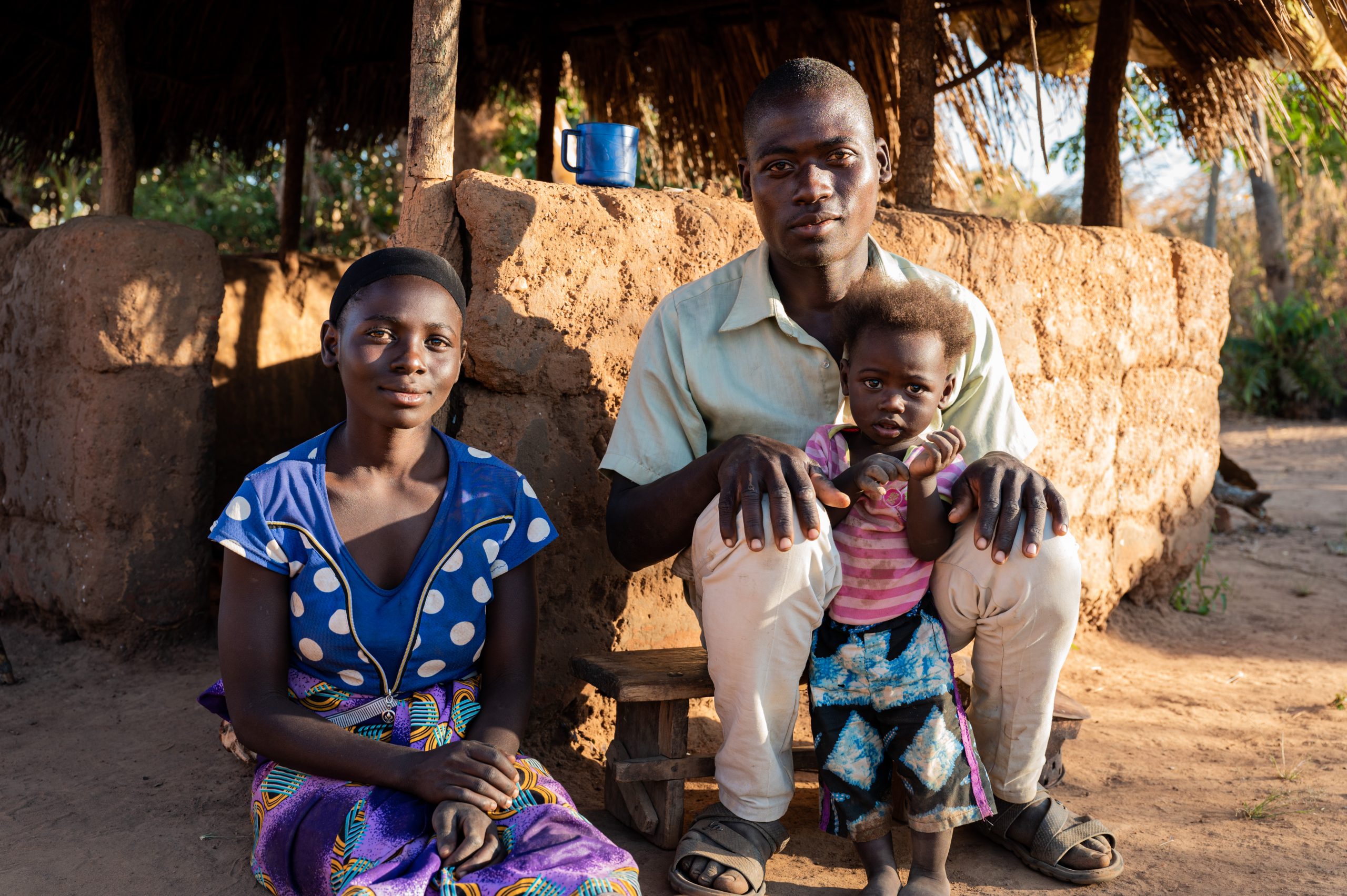 Richard Ngoma with his family in Chasefu village, Zambia. Richard fell victim to a fire that burned down the kitchen he was in. He suffered burns and was admitted to Kanyanga Health Centre. Photo: SolarAid/Jason Mulikita.

Richard, who now works as a bricklayer, says the entire kitchen was burnt down that night, “All household items burned to ashes. We had over 25 chickens, we lost them all.”

Since the tragic day of the accident, Richard and Mary avoid burning fires in their house. For lighting, they now only use their one mobile torch, “We also encourage each other to be careful around open fires.” However, life without electricity is difficult. “I get scared when I am home alone in the dark. Sometimes, the phone is not charged, and we are in the dark at night,” says Mary. Richard agrees and adds “It is also difficult when someone falls ill at night.” 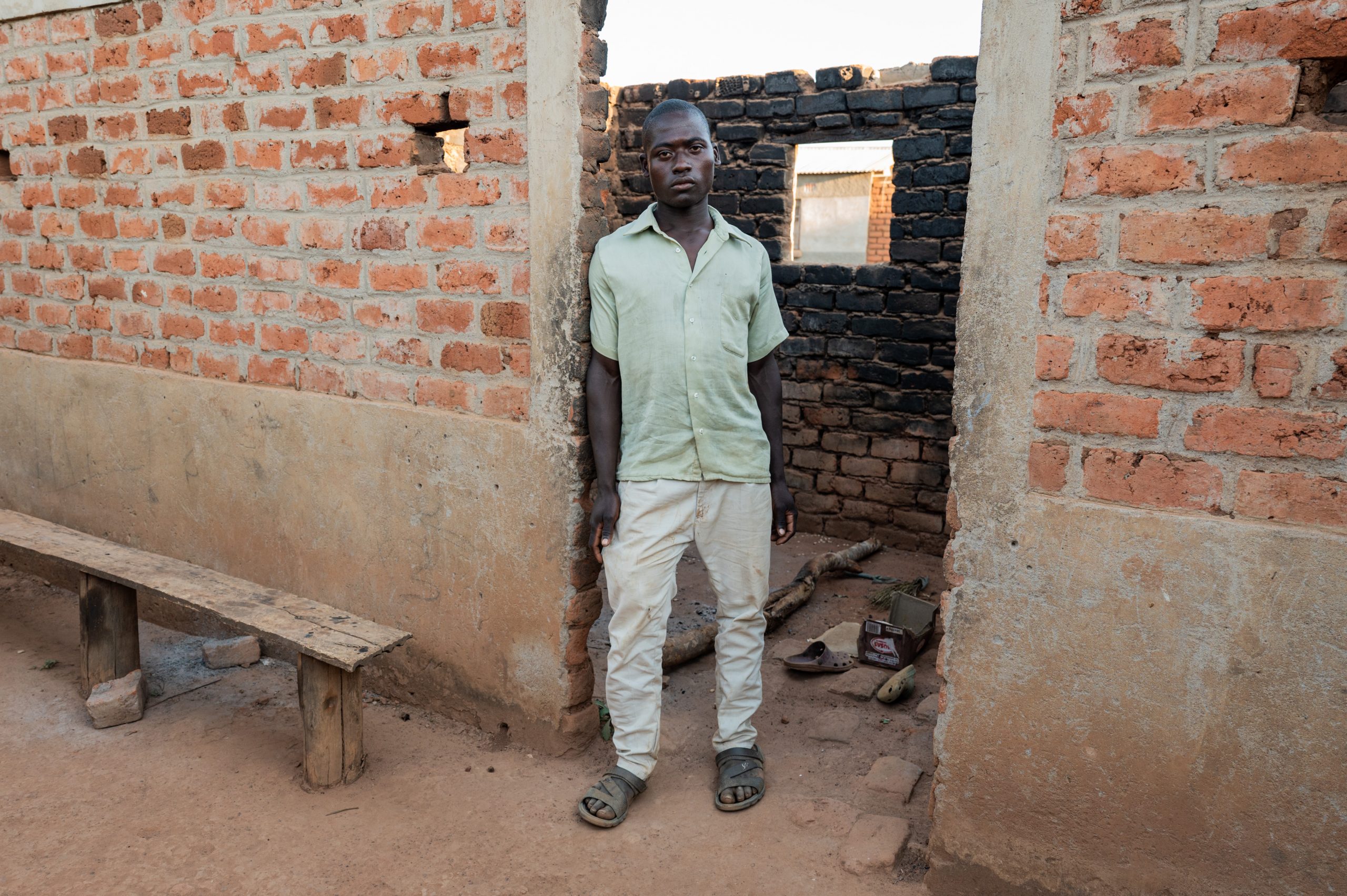 Richard Ngoma outside of the kitchen that burned to the ground. Photo: SolarAid/Jason Mulikita.

Accidents due to families being forced to burn open flames in their homes are not uncommon in rural parts of sub-Saharan Africa where there is little access to electricity. Too many lives are lost when people are trying to escape the darkness with fire or candle light.

“We talk about accidents a lot in the village and how important it is to keep safe. Our friend also had his house burned down because his children were trying to start a fire in the house. He lost everything,” says Richard.

Not far from Richard and Mary’s house Angela Musimuko lives with her two children. Angela sells tomatoes and seasonal crops at the market. Her income is not enough for lighting, so Angela uses candles to be able to see after the sun sets.

Angela too lives with the painful memory of a house fire. One day, in the early hours of the morning, bedding caught fire in her home when one of her sons’ was lighting a candle.

“My son George was hurt, we took him to the hospital but did not get much help as he needed skin grafting. He is now living with my sister in a larger town so he can get better help as his wound is not fully healed.” 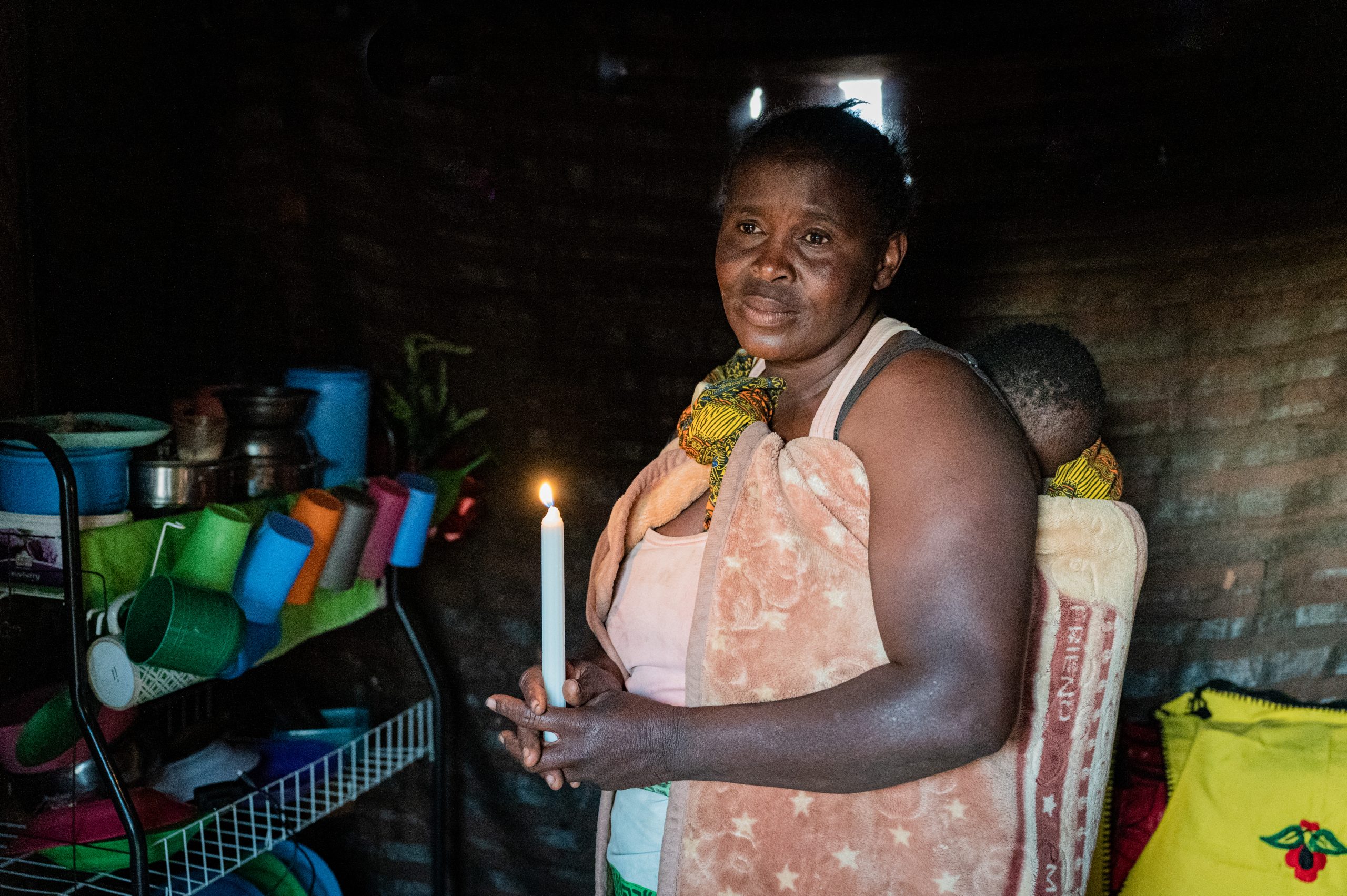 Just as in both Richard and Mary’s and Angela’s case, many of the tragic fire accidents across the country involve children. Simon Ngambi, a Clinic Officer at Kanyanga Clinic, 5 kilometres from Richard and Mary’s village, explains, “The biggest problem with the lack of electricity is that children are not able to study after dark” – we do get a lot of burn cases in the cold season – a lot of cases get referred to us from community clinics.” 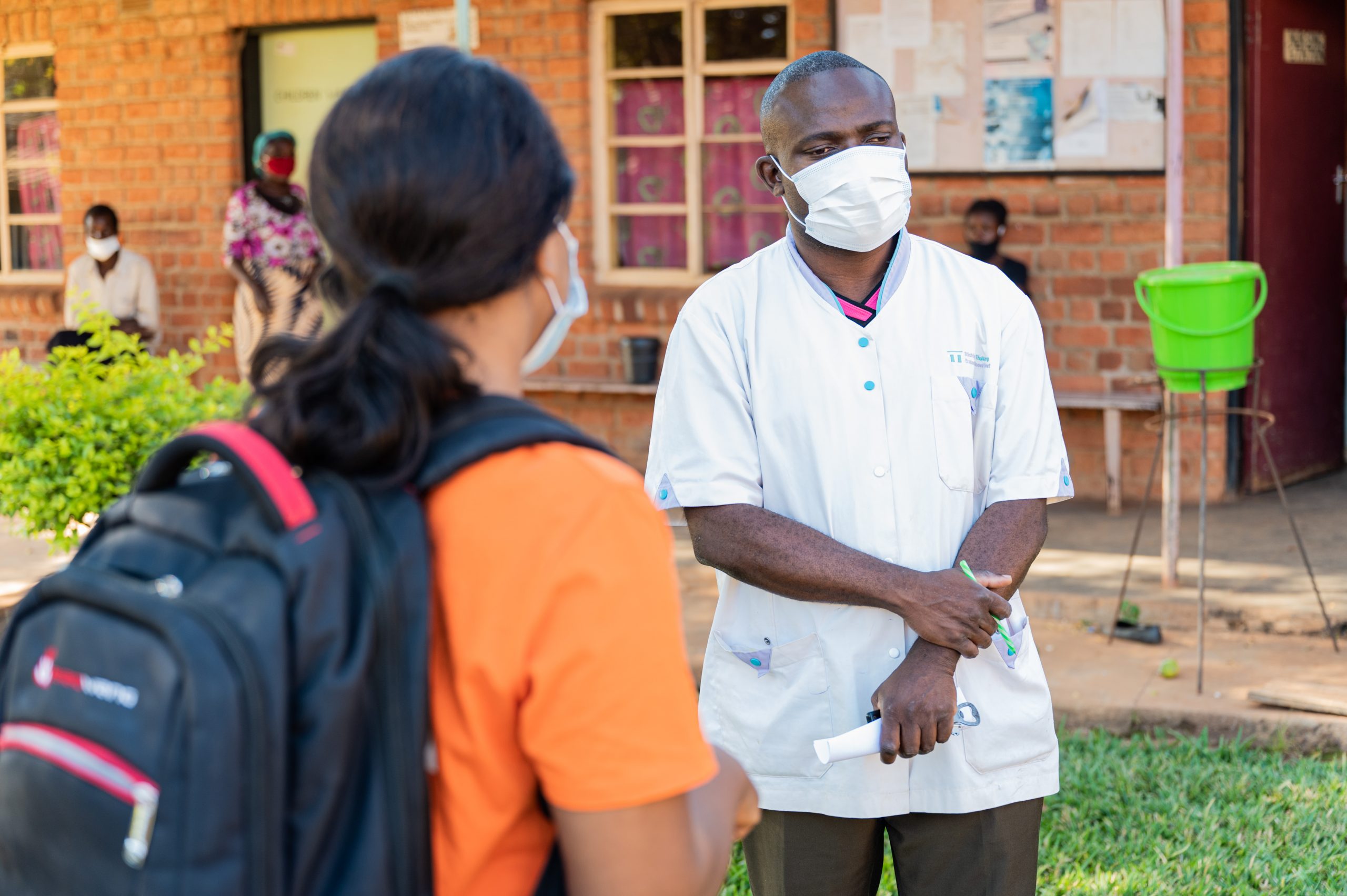 No one should have to put their family at risk just for a little bit of light at night. But there is a simple solution. Solar light is clean and safe energy. Join us, and learn more about how we can End the Darkness together.