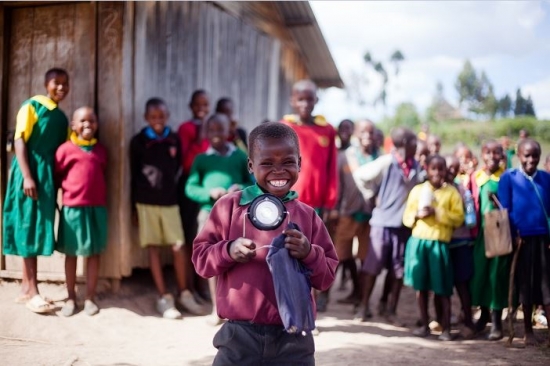 In April 2015 SolarAid and SunnyMoney announced a major milestone: by selling over 1.7 million solar lights we calculated we had helped provide a cleaner future to over 10 million people in Africa. That was over a year ago and things are moving fast in the new solar markets which SolarAid has helped create.

The SolarAid mission is all about ‘catalysing solar markets’ by getting solar lights to ‘last mile’ communities, where other companies and charities don’t go. To us, this is an obvious strategy to ensure the entire population of a country knows about, and has access to, solar power. We know our strategy works because when people in the most remote communities know about, and have access to, solar electricity the message and the technology soon spread to the surrounding villages and towns. And if the message spreads to the towns, you can be sure people in the capital city will know all about it too. We aim to develop the solar revolution across entire countries and to us, ‘last mile’ communities, with the greatest need, are the obvious place to start.

People often ask us why we don’t sell larger solar systems, and why we concentrate on distributing solar lights. The answer is simple, solar lights provide the cheapest and simplest way for last mile communities to get on the first rung of the energy ladder. With a solar light, everything changes. These little lamps are safe, clean and affordable. They give off hours of light in the evening so families can earn, learn and feel safe after dark. Just one lamp can transform the fortunes of an entire family and is the first step on an energy ladder to full electrification. They are not the answer to all of Africa’s energy problems, but they are available right now, and provide numerous benefits, ensuring even the poorest families have access to energy.

As SunnyMoney continued to make record breaking sales, in both Kenya and Tanzania the solar market, which simply didn’t exist a few years ago, started to develop a pace. Africa, like anywhere in the world, has its fair share of entrepreneurs and, when it became obvious that a UK backed social enterprise was selling products by the millions, competitors were not far behind. To start with SunnyMoney was not used to having competitors as there were barely any other solar businesses around when we set out. Normal business practice would be to ‘fight off’ the competition to avoid others capitalising on the hard work of developing a market, but that’s not the way we like to work. SolarAid doesn’t want to be a competitor to other companies selling solar lights: we developed SunnyMoney to catalyse solar markets across Africa and, so far, that seems to be working! 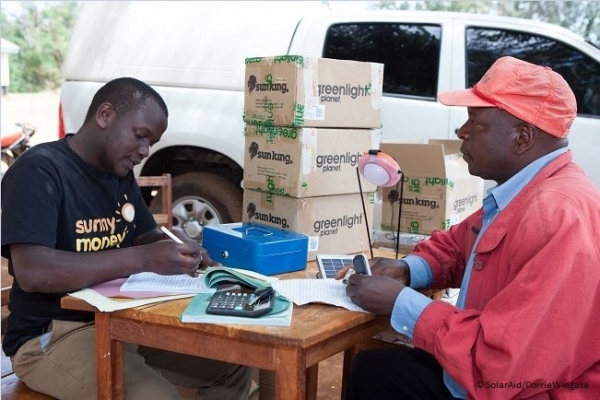 As a UK based charity with an African social enterprise delivery partner, SolarAid is never going to be the cheapest supplier in the market and, in both Kenya and Tanzania, it was not long before other solar businesses popped up in rural areas. We soon encountered fierce competition from other reputable brands and other companies selling fake and poor quality solar lights. SolarAid has put a lot of effort into researching and distributing only the highest quality solar lights, which we know will last as long as possible. It’s fair enough being undercut by the competition when they sell similarly quality goods, but it’s another thing entirely when they sell cheap imitations with limited life spans, which sometimes don’t work at all. The solar revolution will grind to a crashing halt if Africans get sold ‘shoddy goods’ the first time they invest in solar power.

Thankfully Lighting Global now hold a register of solar lights which have been tested to ensure they are of suitable quality, and these now make up the vast majority of lights being sold in Kenya and Tanzania. It’s been a long journey, but we are confident to say that our work catalysing these solar markets, which has only been possible thanks to your support, now seems to be done. But the mission continues…

There are still almost 600 million people who lack access to electricity in Africa, so we are now moving on to focus on developing solar markets in Uganda, Malawi and Zambia. A recent partnership with The Swedish Postcode Foundation will be instrumental in making this possible via the ‘Sweden Lights Up Uganda’ project, which aims to build on the success of our other donor’s contributions to help catalyse the solar market in Uganda.

The Swedish Postcode Foundation distributes the surplus from the The Swedish Postcode Lottery to charities which contribute to a better world for people, animals and nature. Their project support aims to improve people’s living conditions, protect the environment, and address poverty reduction, peace building, human rights, climate, conservation and sustainable energy. SolarAid’s work in Africa covers all of those aims and more, by creating sustainable markets for clean, solar power. We are very grateful for the support which will help us continue our work developing solar markets. 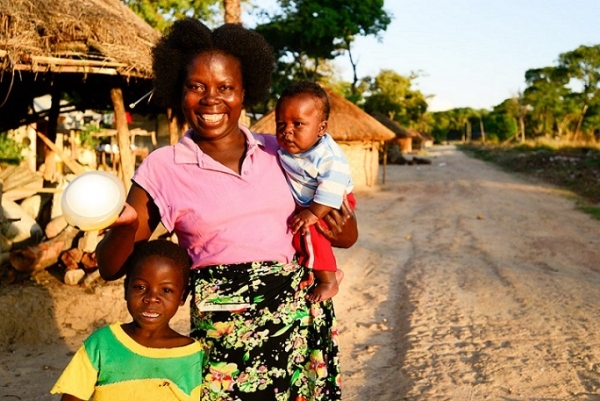 We’ll bring you more news from these new markets as our in-country teams at SunnyMoney swing into action but in the mean-time we would like to say a big thank you to everyone who has helped get us this far. You know who you are – and we think you’re amazing.