Contrary to SolarAid’s usual “trade not aid” model this blog post, by President Kambani, explains how the Rotary English District 1100, and the District’s two Rotary Clubs of Cheltenham North and Cleeve Vale, working in partnership with the Rotary Club of Lusaka, Zambia raised funds in order to distribute SolarAid’s SM100 solar lamps to hundreds of people in the Nkeyema District of Western Province. Nkeyema District has suffered severely as a result of the drought and hyperinflation and, for many people, the $5 price of an SM100 is simply unaffordable. The amazing work of the Rotary Club will make a huge difference to these people’s lives.

On Saturday 5th February 2017, the Rotary Club of Lusaka set out to donate solar lights in Nkeyema District of Western Province. We had a total of 278 SM100 plus one home solar system to donate.

Our first stop was at Nkeyema secondary school. This is a school with a population of 540 pupils. This is a day secondary school, however, some pupils come from far afield, some as far as 100Km away. Pupils from distant places are allowed to rent grass thatched houses and from there they attend school.

The Rotary Club of Lusaka donated a total of 182 SM100 solar lights to this school to be used by pupils for studying and doing their home work. 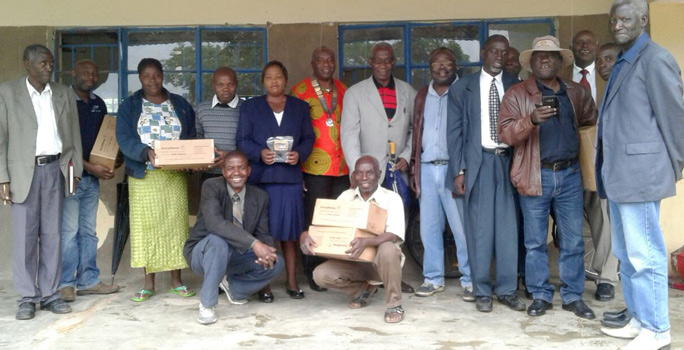 2. KAHERE CLINIC
The clinic is open 24hrs and admits patients but is not yet connected to the national power grid. At this clinic we donated 24 SM100 solar lights and installed one fixed home solar system in the maternity ward. The home system was the ideal system for the clinic.

It is worth noting that previously The Rotary Club has donated blankets and mattresses to the same clinic and we are currently sourcing funding to help them with clean running water. 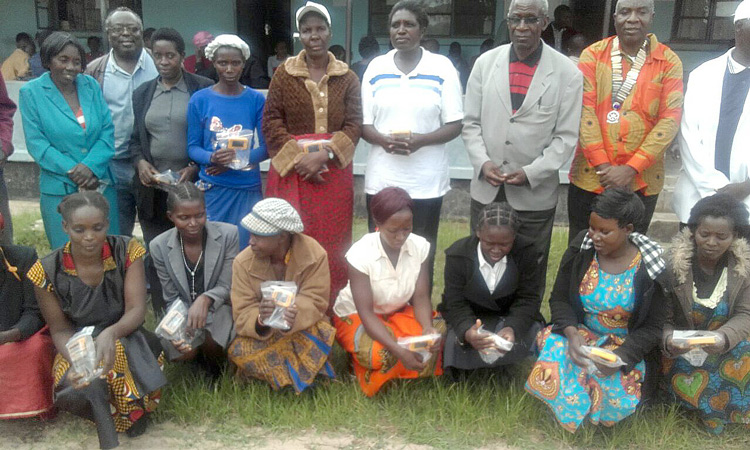 The Traditional Birth Attendants with their SM100s

Nkehema District is vast and therefore not all expecting mothers manage to give birth in the District hospital. Instead what they have done is to identify within the District experienced Traditional Birth Attendants (TBAs) to help expecting mothers who can not make it to the clinic. The TBAs face great challenges when the call to duty is made at night. Twenty four TBAs including a local chief were identified and given solar lights. It was a joy to see wide smiles on the faces of the TBAs as they received the solar lights. 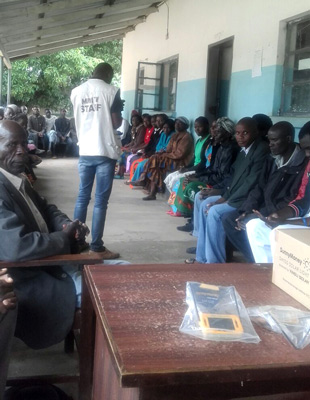 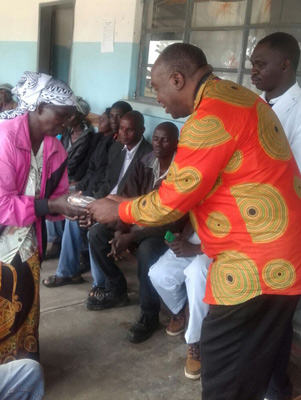 The Rotary Club of Kabwe received 48 solar lights for donation to the needy. This was done through the visiting DG lee Ann.

Yours in Rotary Service

Huge thanks go out to President Kambani and everyone at The Rotary Club of Lusaka and their supporters who helped make this possible. SolarAid’s partnerships with other NGOs is instrumental to our mission of lighting up Africa and supporting those at the ‘base of the pyramid’. As ‘the world’s most affordable solar light’, the SM100 now makes this essential work more possible than ever before and we look forward to working with The Rotary Club again in the future.