Affordability is a huge issue in Malawi posing our teams on the ground a unique challenge when it comes to helping people access lights. Almost all of our Malawian customers live below the poverty line and the vast majority are subsidence farmers, struggling to survive during the lean months. Malawi’s wealth per person is less than any other country on the planet – a situation only exacerbated by the devastating impact of widespread flooding in January 2015, decimating the harvest so many depended upon.

Malawi was the first country we started working in back in 2006, and since then we’ve sold around 150,000 lights. We’ve been working hard to try and create demand and access and started building a network of local solar agents to help employ local entrepreneurs. SunnyMoney is still the only major player, accounting for almost all solar light sales in the country. And because of its relative poverty it’s unlikely that many businesses will seek to enter the market any time soon, like they have in Tanzania and Kenya. 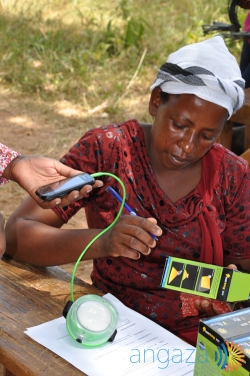 It is because of this that we need to think of new and innovative ways to ensure we can reach the remaining 13.5 million people who live without access to electricity.

When we first field tested pay-as-you-go (PAYG) lights in Kenya and Tanzania, its potential was clear so we decided to see whether we could use it to help the people of Malawi. Fortunately, The Waterloo Foundation was as excited about the potential for PAYG as we were, and stepped in to generously to fund two PAYG trials in Malawi – one for entry-level (light only) solar lights and another for multi-functional solar lights.

Until recently, the cheapest quality assured solar light for sale anywhere, including Malawi, was priced at around £7-£8. That was a high upfront cost when compared with a monthly expenditure on substandard alternatives to electricity, such as kerosene, of around £2.60, and our research was telling us that in Malawi more than anywhere else, people just could not afford it.

So in March last year the SunnyMoney team in Malawi recruited seven solar agents. These local entrepreneurs started selling our first pay-as-you-go entry level lights. The product, a Sun King Eco Easy Buy, is a nifty piece of kit. On a full charge it provides up to 30 hours of light. The real innovation is in the price. Rather than paying the high upfront cost, families pay in four monthly instalments of 2,000 MWK, or around £1.79, which is the less than they’re used to spending on kerosene. After four affordable instalments, a total of 8,000 MWK (£7.16) the solar light belongs to the family for the rest of its 3 year lifespan. 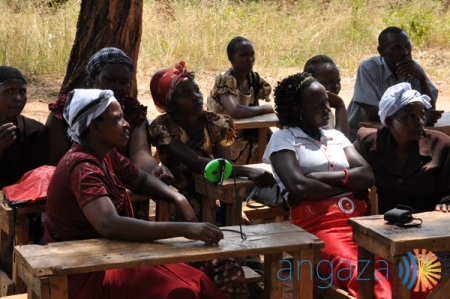 The pay-as-you-go solar lights look and function just the same as the usual Sun King Eco, but it has been adapted to be activated by our agents following a customer’s payment. Not paying on schedule would, mean their light would switch off until the next payment was made. However, no penalties were incurred for late or delayed payments.

Like the SunnyMoney team in Malawi, The Waterloo Foundation were eager to see how our agents and customers reacted to pay-as-you-go, a new concept for most of them, and whether customers were able to keep up with their payments. We set an aim to achieve a default rate of less than 10% – so over 90% of customers completing their payment plan on time.

There were challenges along the way. Our very first PAYG pilots in Kenya and Tanzania began with mobile money payments. Even though Kenya and Tanzania has a mobile penetration rate of around 80%, it is much lower in the areas we were conducting the pilots. Some could not access mobile money and others did not fully understand the concept.

As Malawi has a mobile penetration rate of just 23%, we changed the payment method to cash payments. Although more time consuming, it is a physical transaction with the agent which is already understood and possible for all. Bad network coverage in Malawi also caused some technical issues with agents processing payments on their smartphones. Our team were on hand to provide support and Angaza, the developer of the PAYG technology, helped solve issues with the mobile app. We are also now exploring an entirely offline PAYG payment and activation structure so this innovation has no dependence on expensive technology and poor network coverage.

Considering these challenges, would the very poorest families be able to keep up with their payments? And would the technology work?

Well the answer was an unequivocal YES. At the end of the four month payment period our SunnyMoney agents had sold 453 PAYG Eco Easy Buys and 451 were fully paid off by the end of the four months – meaning we had achieved a default rate of less than 1% compared to our target of less than 10%. But best of all, hundreds of families who wouldn’t have previously been able to afford a solar light are enjoying the benefits of renewable energy for the first time.

The entry-level PAYG pilot was such a success that we will that we’re rolling out this product in Malawi nationwide with the help enthusiastic partners who have been just as convinced by the results as we have.

A thriving solar market has yet to materialise in Malawi, where private solar companies simply won’t go. But as our entry-level PAYG pilot shows, the need is there we just need to start at the bottom of the energy ladder and work our way up gradually. The Waterloo’s Foundation’s support has also funded second PAYG pilot for multifunctional solar lights which will we hope will make the journey up the energy ladder even more possible. By becoming the first distributor in Malawi to sell entry-level and potentially multi-functional PAYG solar lights, SunnyMoney will help kick start Malawi’s solar revolution eventually helping families save enough money to want to buy bigger and better products.

Thanks to your support and our partners at The Waterloo Foundation – a thriving solar light market in Malawi doesn’t seem such a long way off.