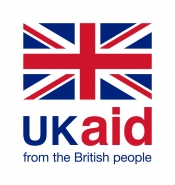 In November 2014 SunnyMoney opened its newest office in Uganda with help from the UK government. Only 15 million people have access to electricity in Uganda, leaving 31 million without power. Across the nation, 63% of families use toxic kerosene for lighting which, in this landlocked country, comes at a particularly high cost: 25% of weekly income.

With support from the Ministry of Education and experience SunnyMoney has gained from its operations across East Africa, the Uganda team immediately set about running head teacher meetings and school campaigns to give local communities the chance to buy solar lights. These were accompanied by work to establish solar agents in rural towns and villages.

One of the issues highlighted by SunnyMoney’s work in Kenya and Tanzania was that, other than awareness about solar, the two key reasons that stopped people from buying solar lights were access and affordability. By rapidly training and supporting solar agents, the Ugandan team were therefore able to provide rural communities with more consistent access to lights which would ensure they were available at times that suited the consumer.

Solar Agents, such as Nasolo Nuru from Kiboga District in Central Uganda, have now been able to bring safe light to their communities. As he explained to our Ugandan Operations Director, Ronald Isabirye, not only is he delighted to be able to reduce the use of kerosene, candles and dangerous chemicals in his community but he has improved his income, gained new friends and helped to resolve his own fear of the dark!

Since the end of last year it has been a hectic time for the Ugandan team. They have run hundreds of schools awareness campaigns and trained nearly 150 solar entrepreneurs across the country; from the shores of Lake Victoria to the Western Rwenzori Mountains. Already the work of these agents and the team in Kampala has enabled over 300,000 people to access solar light which – over their lifetime – will save families over $7 million and help children study for an extra 80 million hours.

With so many in Uganda still living without safe light there is far more work to be done – the last 12 months have laid the foundations for a vibrant market but our teams know the hard work starts now.

“I decided I wanted to make sure my family is safe from the hazards of kerosene use. The mosquito net caught fire once and I got burnt, and the smoke the kerosene lamp produces makes our eyes painful. The children are safer using the solar light. They use it in turns to do their reading. We are able to stay up longer and we use it for security at night. I am able to keep the light on throughout the night and I have been able to send away rats. I am renovating the house from the savings.” Paul Kasambula, Uganda

SolarAid Impact 2015: Read more about our progress in Uganda