“If there isn’t solar panels installed [in the community], the students will face so many challenges. Using candles can be very challenging for kids. They can forget to put it off, as a result, they can be burnt while they are sleeping and even using the torch itself, it is more challenging as it involves so many items to buy, for example, money.” 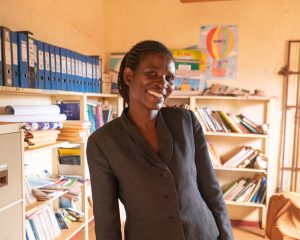 Agnes Kalima, 48, living and working in Chikho, in the traditional authority of Kasakula. Chris Gagnon/SolarAid.

Agnes Kalima, 48, is a Primary Education Advisor in rural Malawi. Her bright smile and passion for education radiate – so much so that her office hosts the school’s library.

Previously, at the school Agnes works at, children were forced to study by torch or candlelight after classes making it difficult to do well in school.

“At first, here at Chikho, learners were coming from different places conducting their studies using their own initiatives [ways]. For example, they were using torches. They were using candles, which was more challenging to them.” 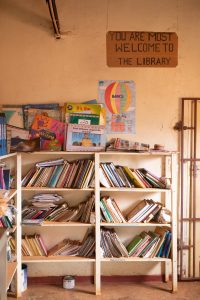 The school has now received solar power and the effects can be felt throughout the community. Agnes speaks joyfully as she tells of how the solar system has changed the lives of the students.

“As I’m talking now, they are at the camp [campus], and they are using the panel to continue their studies, so that at the end of the session they can achieve more, and they can even be selected to go to various secondary schools.” 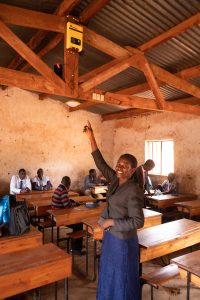 Agnes Kalima, the Primary Education Advisor at Chikho 2 school in TA Kasakula, shows the solar system that was installed at the school as a part of the Light a Village project. Chris Gagnon/SolarAid.

In the future, Agnes hopes that the community can have solar systems installed in their houses creating more opportunities for families and students.

“My hope for this community is that as they are going to use these solar panels, their lives can be changed.”